When a person is reported missing, murder is rarely the first conclusion reached by police.

Those are some of the possibilities police considered first on Nov. 9, 2002, when David MacDermott was reported missing.

The 30-year-old had been at Club Renaissance in downtown Kitchener that Saturday night, celebrating a friend’s birthday.

After the bar, they went to his friend’s house.

That’s where the trail of MacDermott’s movements grows cold.

“The next morning, his cousin went to pick him up … Dave didn’t answer the door, and hasn’t been seen or heard from since,” says Sgt. Richard Dorling of Waterloo Regional Police.

Police were called that day.

Finding no trace of MacDermott, his car or his dog, investigators determined that the Kitchener resident had likely chosen to leave the area – perhaps heading to Algonquin Park for an outdoor adventure.

“When he didn’t show up to my house on the Sunday … it made me suspicious,” she tells CTV News.

It rang and rang, and eventually went to voicemail, but nobody ever picked up.

Stevens remembers finding that “really odd,” as MacDermott talked to his family almost daily and rarely let the phone go to voicemail.

Within a day, Stevens says, family members began to sense that something was amiss.

Although MacDermott’s car was found a few weeks later, just around the corner from his Mill Street home, police stuck to their belief that the case was a missing person investigation.

“They figured that he was used to going off and doing stuff for months at a time – which was true to some degree, but we always knew where Dave was. He always let somebody know where he was,” says Stevens.

Regardless, that remained the prevailing theory amog police until 2009, when new information led them to reopen the case and take a fresh look at the possibility MacDermott’s disappearance was more suspicious than they first thought.

“In one way, I was relieved because there was somebody taking the case seriously,” Stevens recalls.

“On the flip side, it caught me off-guard. When you hear the words ‘We’re looking at this as a potential homicide’ … it was pretty upsetting.”

As a result of the new investigation, police learned that a loose dog matching the description of MacDermott’s had been found near his home just two days after the disappearance.

Whenever unidentified human remains are found anywhere in Ontario – or, sometimes, beyond – Darling receives calls from MacDermott’s family and other families wondering if they will finally get answers about what happened to their loved ones.

In MacDermott’s case, police now believe there is a specific, deliberate reason why remains have never been found.

“Whether Dave fell down and bumped his head and died or died as a result of an altercation, somebody still made a decision to hide his body,” Darling says.

“People don’t just disappear like this. There’s such a short window of time where Dave could left, disappeared or had something happen to him.”

MacDermott was bisexual – a fact police have never publicized before, but now say may help spread the word of his disappearance through the LGBTQ community and to someone who knows what happened to him.

“Hopefully somebody in that community recognizes that we’re still looking for answers,” says Stevens.

CTV’s Nicole Lampa is investigating some of Waterloo Region’s cold cases this week on CTV News.

No watches or warnings in effect. 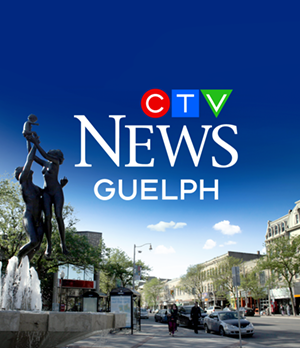