Face covering mandate goes into effect in Wellington-Dufferin-Guelph, but not Waterloo region

People living in Waterloo region shouldn’t expect to see a mandatory mask mandate like the one issued by Wellington-Dufferin-Guelph Public Health. On Friday, the directive for people to wear a face covering when going to or working at a business in that area began.

The directive tells business owners to stop someone from entering their establishment if they are not wearing a mask or risk facing a fine of up to $5,000. During a media briefing Friday morning, Acting Medical Officer of Health for Waterloo region, Dr. Hsiu-Li Wang, said she didn’t feel this was appropriate here.

“I want people to wear masks, but I feel it’s not the right approach for us to put the onus on the business owner and operator to enforce that their patrons wear masks, to determine whether someone can be excluded from entering, to deal with people’s complaints why others are not wearing masks, and to do this under the threat of a fine of $5,000 a day,” she said. “I do not believe that’s the right approach at this time.”

Stage two of the province’s reopening plan kicked off in Waterloo Region and Wellington County on Friday. Malls, hair salons and restaurant patios are just a few types of businesses that are allowed to open their doors to customers for the first time in months.

Bylaw officers say they will be by to make sure exits are clear, people are distanced, and public health protocol is being obeyed.

“Given the fact that restaurant and bar owners are so anxious to get started, I don't believe there's going to be any issues in terms of having to enforce any regulations,” said Shayne Turner, the City of Waterloo’s Director of Municipal Enforcement Services. 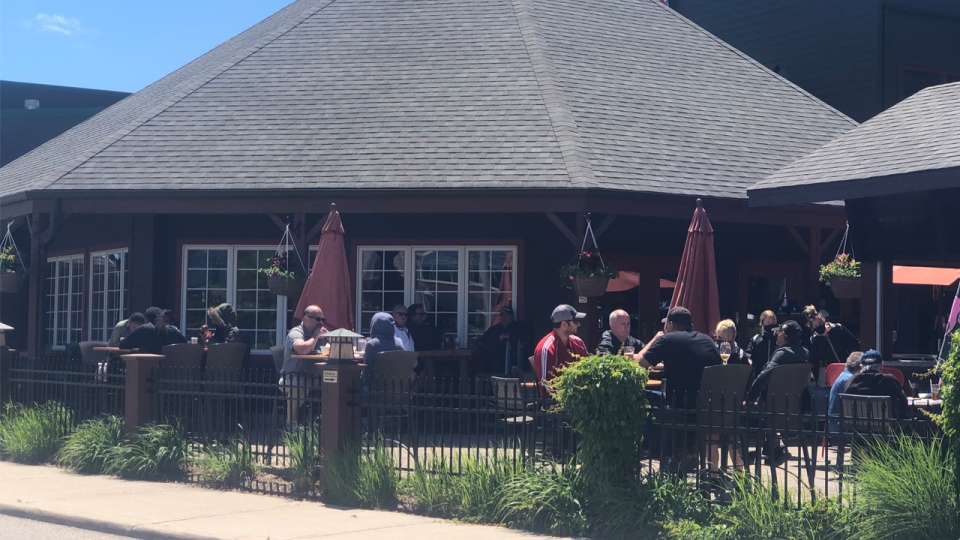 "The pandemic is not over," Acting Medical Officer of Health Dr. Hsiu-Li Wang said during a Friday media briefing. "We need to do our best, we need to continue to be disciplined and do our best and help each other to stay on track."

'Give me a break': Ontario premier rips mayors getting haircuts in protest of being left out of reopening

Premier Doug Ford criticized the mayors of Norfolk and Haldimand countines for getting haircuts on Tuesday in protest of being left out of the province's next stage of reopening.

They’re upset that their regions were not given the go ahead to further ease restrictions as part of Ontario’s stage two of reopening, meaning that salons and restaurants—allowed to open in neighbouring counties—are not allowed to reopen.

Most of the regions that aren’t allowed to move forward are in Toronto and surrounding areas like Peel, Halton, Durham, York and Hamilton, but the list also includes Norfolk and Haldimand. It’s not the first time the Norfolk County mayor has butted heads with Premier Doug Ford over public health measures surrounding COVID-19. 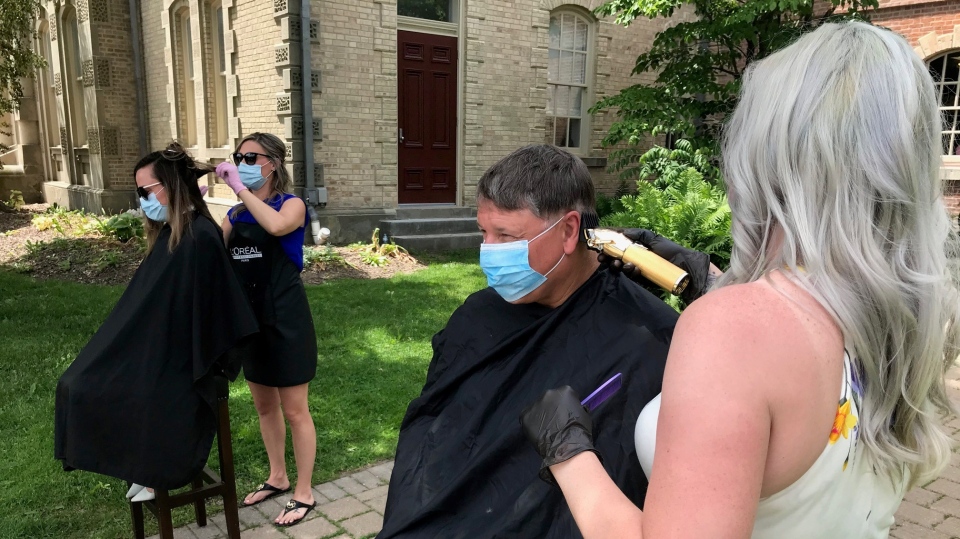 A migrant worker is speaking out about the COVID-19 outbreak at a Norfolk County farm, saying Scotlynn Group didn’t respond quickly enough after employees started getting sick. The allegation is part of a report released by the Migrant Workers Alliance for Change.

Edgar, who spoke to CTV News through a translator, says his employer brushed off concerns after workers developed fevers and coughs.

“They told us it was just the usual, like every year, people getting sick from the level of work that we were doing, and that workers should simply go to the store and buy themselves some pills.”

According to Haldimand Norfolk Health Unit as of Friday, 169 workers have tested positive for COVID-19.

In response to the outbreak, a local priest has organized a practical donation drive and will be sending the workers the items when they are able. 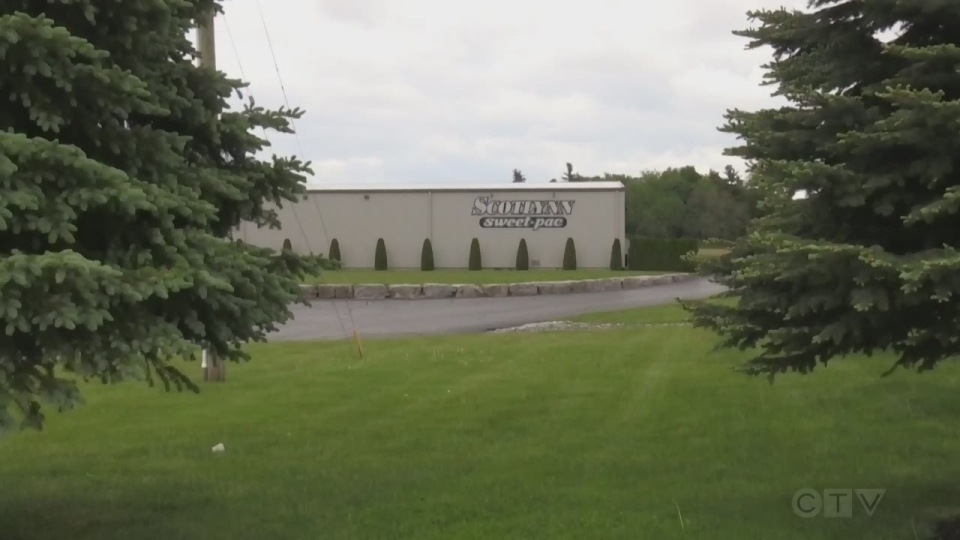 Sixteen people are facing more than 200 charges after a Canada-wide investigation uncovered an illegal manufacturing and distribution operation, trafficking tobacco and cannabis out of a facility on Six Nations Territory.

In a Thursday news release from the Ontario Provincial Police, officials say Project CAIRNES began in July 2018. Investigators say that tobacco was being assembled into contraband cigarettes at the Six Nations facility, trafficked to other parts of Ontario and Canada, including B.C., and then sold on the street.

OPP say the facility in Six Nations was operated by an organized crime group from the Greater Toronto Area.

"While this investigation has aimed to dismantle this one particular group and their blatant disregard for the regulations surrounding tobacco, there are many operating simultaneously,” said OPP Detective Inspector Jim Walker in a statement. 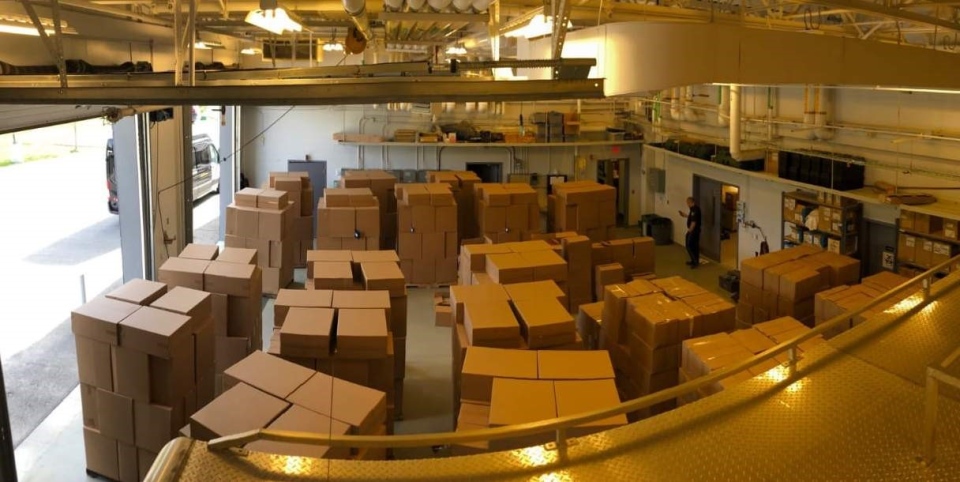