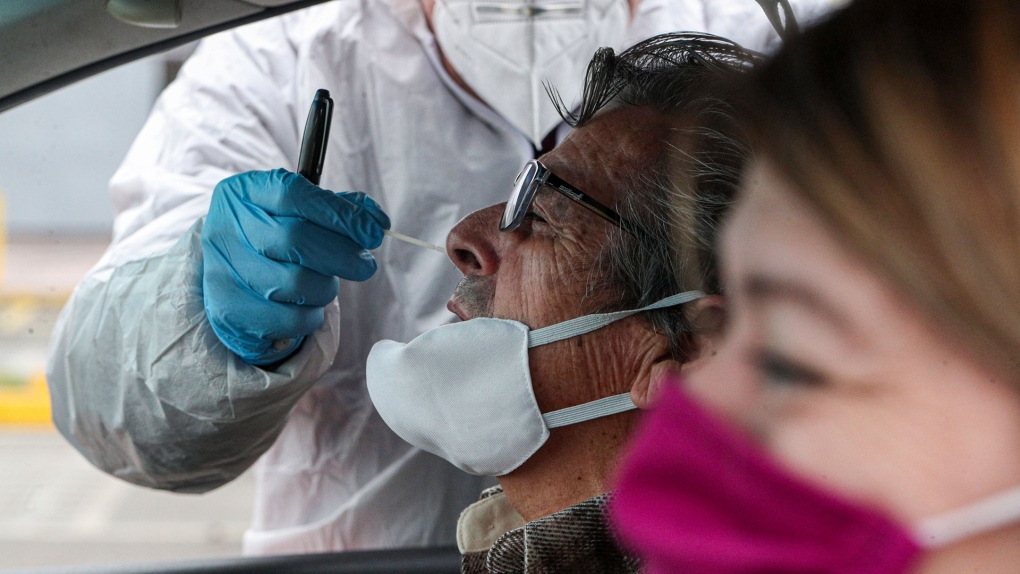 KITCHENER -- Another person has died from COVID-19 in Waterloo Region.

Public health officials reported the death on Friday morning, bringing the death toll to 120 since the pandemic began. It's the first death reported since July 17.

The region's dashboard shows that there were no new cases reported on Friday, while the total number of positive cases to date dropped by two.

"The change is due to continuous data quality improvement as a result of moving to the new data system," a public health spokesperson said in an email.

The region recently moved its reporting system to match Ontario's.

It's not the first time: in one instance, the region said they had transferred a case to another public health unit. Earlier this week, the region said its ongoing cleaning found duplicate cases, and the changes reflected that.

There have been a total of 1,437 cases of COVID-19 in the region to date, including 1,279 resolved cases and the aforementioned deaths. That leaves 38 active cases, of which two people are hospitalized with the disease.

Across the province, there were 131 new cases of COVID-19 reported, though Health Minister Christine Elliott said on Twitter that, because of the lapse in reporting on Thursday, Friday's number is "an overestimation of daily counts."

B.C. to issue $2K fines for party organizers amid COVID-19

A 19-year-old has died of COVID-19 in Quebec: health authorities

Why is Spain once again on the frontline of the pandemic?

COVID-19 deaths should start dropping across U.S. by next week, CDC chief says