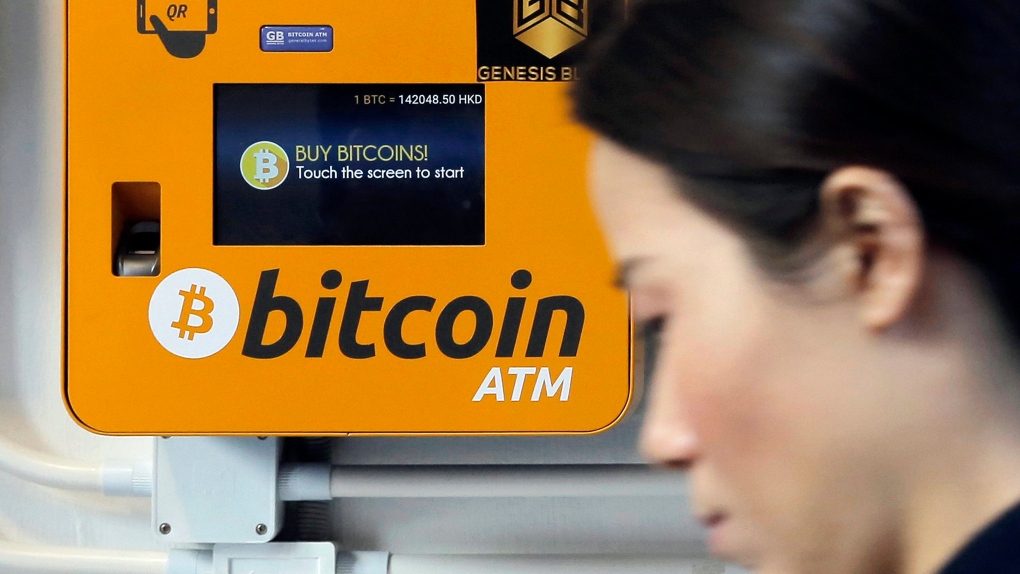 In this Dec. 21, 2017 file photo, a woman walks past the Bitcoin ATM in Hong Kong. The growth of bitcoin is fueling speculation about the environmental impact of the energy needed to power the cryptocurrency, stemming from the process of "mining," which is central to its existence. (AP / Kin Cheung, File)
KITCHENER -

Guelph police are reminding the public to be wary of calls asking for payments after a woman lost nearly $8,000 in a Bitcoin scam.

The 27-year-old reported to police Monday afternoon that she had received a call earlier in the day from someone claiming to be from the Canadian Border Services Agency.

The caller said they had received a package with the woman's name on it and that it contained materials consistent with trafficking, according to officials.

She was reportedly told that she'd be arrested unless she paid a fine of $8,050 via Bitcoin.

Police say the woman stayed on the line with the caller as she went to a bank with a Bitcoin ATM, deposited $7,750, but did not deposit the rest when she became suspicious of the person on the phone.

The number was determined by officials to be out of service, and because Bitcoin and other cryptocurrencies are nearly impossible to trace, police say there are no viable leads to investigate.

To avoid similar scams, Guelph police are advising people to: