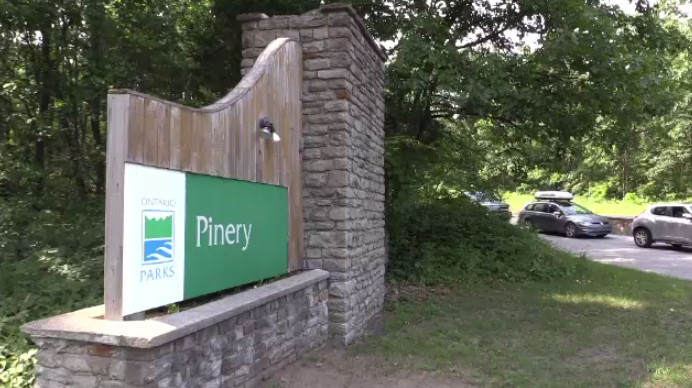 A toddler was struck and killed by a vehicle at Pinery Provincial Park over the long weekend.

A three-year-old girl from East York was struck and killed by a pickup truck on Saturday.

It happened around 5:30 p.m. at the Pinery Provincial Park.

Police say a truck was making a U-turn when the driver hit the toddler.

Several people rushed to the site to try to assist.

Connie Crough was on a trail with her friend when they heard the commotion.

They returned to their site to find their husbands already trying to help.

“They heard the noise, not the car but the screaming, the upset voices,” said Connie Crough. “There wasn’t that much they could do but keep people back and lay her flat.”

Debra Carey’s family was staying a few sites down from where the incident occurred.

She said her family had been on the beach for the day when they came back to hear sobbing.

“It was just full of pain, but not physical pain, emotional pain,” she recounted.

The toddler was pronounced dead after being taken to hospital.

She was taken to the coroner’s office in Toronto to be examined.

It is unclear whether the girl and the driver, who was also from East York, were connected.