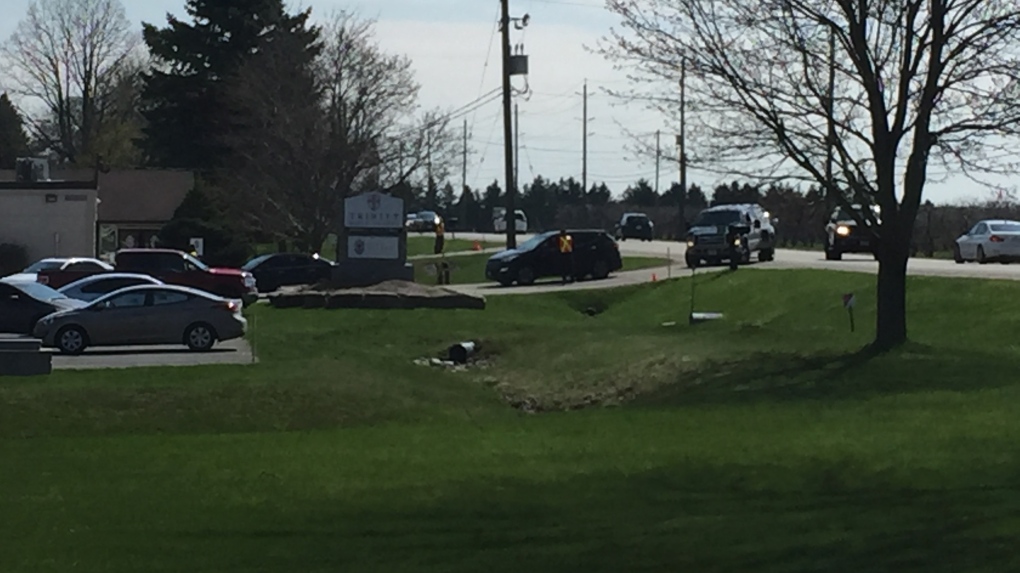 KITCHENER -- Following a ruling by a judge to not allow the doors to Trinity Bible Chapel to be locked, the parking lot of the Woolwich Township church was full of vehicles Sunday morning.

The church has been charged several times over the past few months for breaking province-wide pandemic restrictions.

On Friday, court documents posted by the Justice of Constitutional Freedoms show that the attorney general put forward a court order requesting the church doors be locked by local enforcement officials.

The judge ruled against this request, citing that the interpretation of the wording of the province’s health restrictions was “reasonable” in his reason for not allowing the interim injunction.

The Attorney General then followed up with a request that Trinity Bible Chapel follow all present and future restrictions.

While the judge granted this request and the issue was adjourned until May 11.

For Sunday, Trinity Bible Chapel is allowed to operate at 15 per cent capacity, as the 10 person limit on religious gatherings in Ontario, indoors or outdoors, does not come into effect until Monday.

Ahead of a Sunday service at the church, vehicles could be seen completely filling up the parking lot and pouring over onto the road.