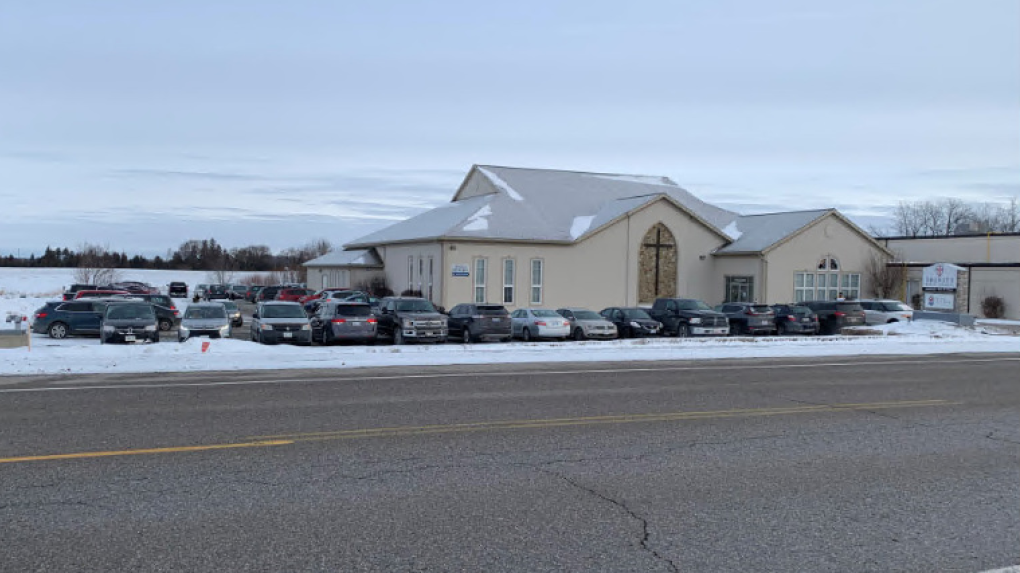 KITCHENER -- A constitutional challenge has been filed on behalf of Trinity Bible Church in Woolwich Township after it was found in contempt of court for flouting provincial COVID-19 restrictions.

The church held in-person services with hundreds of people in attendance during the provincial lockdown. Under the Reopening Ontario Act, only 10 people were allowed to attend religious services during that time.

Following those services, the church elders were found in contempt of court and fined $38,000. They were also ordered to pay $45,000 in legal fees.

The Justice Centre for Constitutional Freedoms, a legal advocacy organization, announced in a blog post on Saturday they had filed a constitutional challenge on behalf of the church.

The Notice of Motion filed by the group alleges “that the restrictions being enforced against the churches are arbitrary and unconstitutional, and not based on sound scientific evidence that would justify these measures.”

The Justice Centre is also defending the Church of God in Aylmer, which is facing similar enforcement proceedings. Dozens of people associated with that church are facing charges for organizing and attending a service there during the lockdown.

Earlier this month, the province loosened the rules for religious services by allowing up to 15 per cent of approved indoor capacity. It also said that it would allow up to 50 people to attend services outdoors.

Trinity Bible Pastor Jacob Reaume says the church is also dealing with financial issues as part of the fallout for hosting those in-person services during the lockdown.

In a blog post on Friday, Reaume wrote that Kindred Credit Union had frozen the church’s line of credit.

“When we took out our loan, we agreed to abide by the law of the land as part of our lending agreement,” wrote Reaume. “We did not foresee the day when the consequences of inviting the community to church in Canada would be illegal.”

The church is now aiming to fundraise $825,000 to cover the remaining $425,000 mortgage it owes to the financial institution, as well as an additional $400,000 for a septic system and parking lot project.

According to the post, both of those project are currently being reviewed by the township.