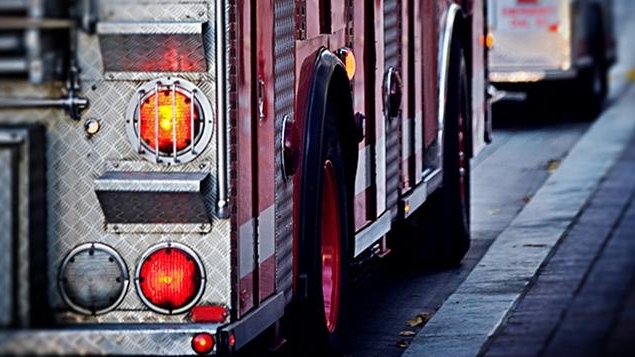 Stratford police said a fire truck parked along the Thames River in St Marys on Aug. 6 was intentionally damaged.

The damage, which included a broken window and dents on the body of the truck, occurred while the St Marys fire department was conducting water rescue training.

Police said the truck was parked behind a car wash on Thomas Street and believe the damage occurred shortly after 11:00 a.m.

Officials said they believe the damage was caused by an unknown individual who threw rocks at the truck while it was parked and unattended.

With COVID-19 on the rise, should you be wearing a mask again? Here's what experts say

As MPs kicked off a study on the future of the House of Commons' use of a hybrid sitting structure, Speaker Anthony Rota is calling for members of Parliament to consider the 'big picture' in making their recommendations as to whether it's time to retire the virtual elements of proceedings that were ushered in response to the COVID-19 pandemic.

Excluding the CAQ, Quebec's major provincial parties received similar results between them in terms of popular support. But the same can't be said for the number of seats they won.

Loretta Lynn, the Kentucky coal miner's daughter whose frank songs about life and love as a woman in Appalachia pulled her out of poverty and made her a pillar of country music, has died. She was 90.