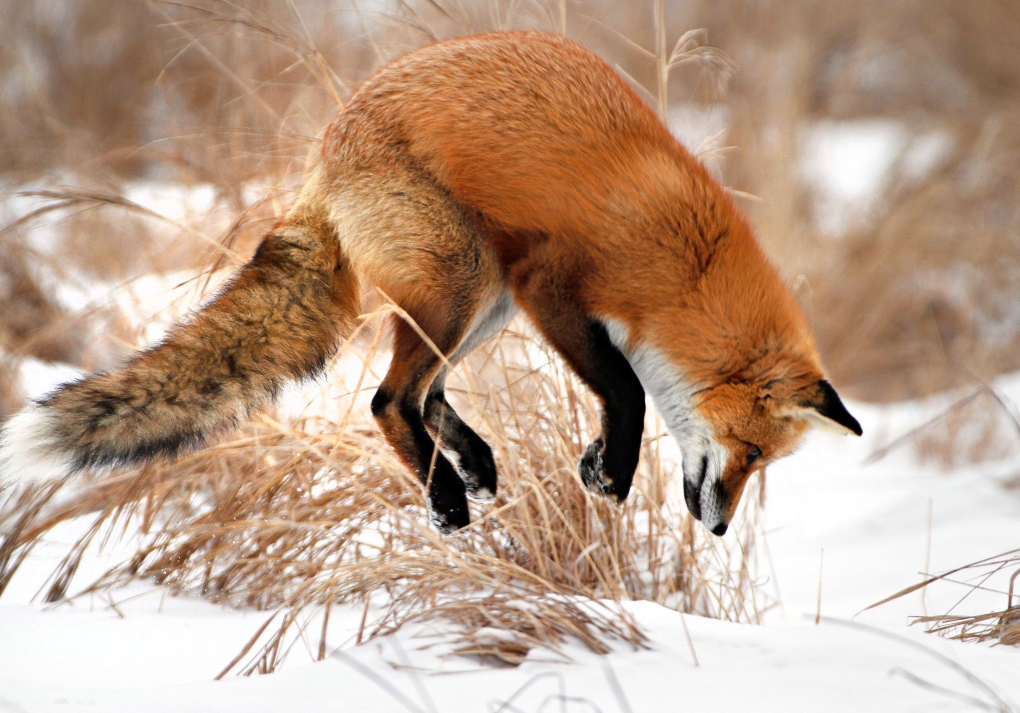 A leaping fox is shown in this undated file photo. (Michael Furtman)

As the number of animals testing positive for rabies in Ontario dwindles, the virus has made its first appearance in Waterloo Region since an outbreak began a year and a half ago.

According to Region of Waterloo Public Health, a fox found in the Wallenstein area recently tested positive for rabies.

Provincial investigators are looking into whether any other animals in the area may have been exposed to the virus. The health unit says it has not found any indications that the fox came into contact with humans.

Rabies, which is almost always fatal, can be spread from infected animals to humans or other animals via bites, scratches or other contact.

There have been hundreds of cases of raccoon-strain rabies diagnosed in southern Ontario since December 2015, when a rabid raccoon was discovered in Hamilton. Rabies cases tied to that outbreak have been found as close to Waterloo Region as Six Nations and Brant County.

There have also been several cases of fox-strain rabies in the Huron-Perth area over the same timeframe.

In 2016, there were 24 confirmed cases of rabies in southern Ontario per month, on average. Through the first few months of 2017, confirmations have been coming in at roughly half that rate.

To keep your family and pets protected against rabies, Region of Waterloo Public Health recommends keeping pets’ vaccinations up to date, reminding kids to stay away from wild animals and not feeding or transporting any wild animals yourself.