Socks are nice, the flag is better: Student starts petition for school to fly pride flag 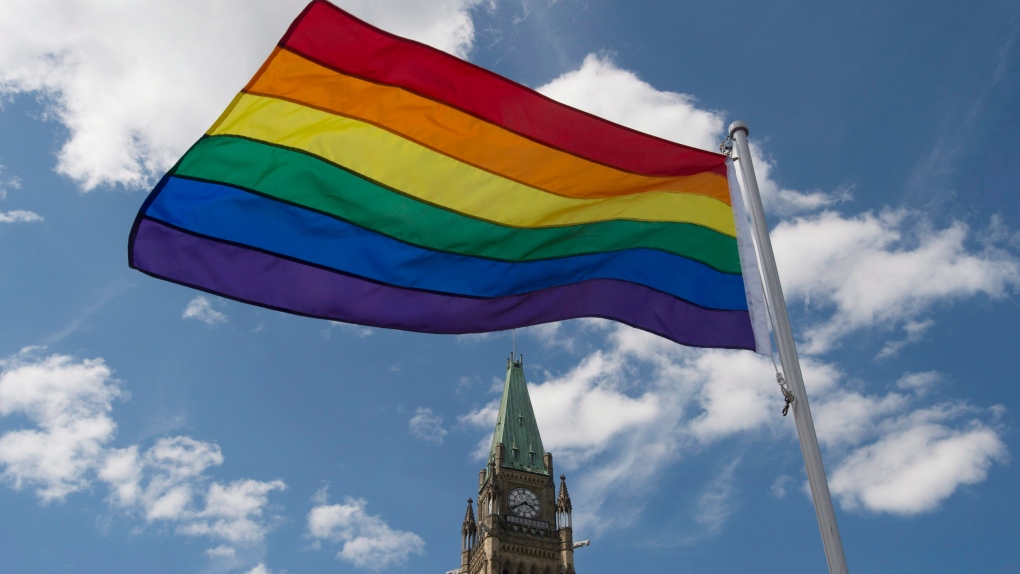 Students at a Waterloo high school are petitioning their school to fly the pride flag during Pride Month.

St. David Catholic Secondary School isn’t flying the flag because of a policy with the Waterloo Catholic School Board.

That policy was put in place in 2013 after some Canadian veterans felt flying any flag on the same pole as the national one is disrespectful to those who fought.

They campaigned for the board to model their policy after the government of Canada’s.

Since then, no other flag except the Canadian flag has flown on the main pole at the region’s Catholic schools.

The board says it promotes and supports inclusivity year-round, and while its schools aren’t flying flags, there are “focused efforts on creating inclusive communities that respect the dignity of each individual person.”

The board also says St. David has a club known as REAL: Respect and Quality for Allies and LGBTQ+.

This club met with students involved in the petition alongside administration on Monday to talk about pride projects for the rest of the month.

Let's get colourful this Wed, Celtics! Wear your most colourful socks and show your support. pic.twitter.com/MnrGVORvEK

“For anyone who hasn’t come out to their family or friends yet, to see that flag in front of their school is going to be really impactful to all their friends and family,” explains Lauren Ehrenworth.

The online petition has already received more than 200 digital signatures.

The region’s public school board says it checked with the government’s flag protocol, led by Heritage Canada, and found that schools with only one mast have a workaround to show their support.

In those cases, they can fly the Canadian flag first, with the pride flag beneath.

The board says the rules applied by the government aren’t mandatory for individuals or organizations: they simply serve as guidelines.