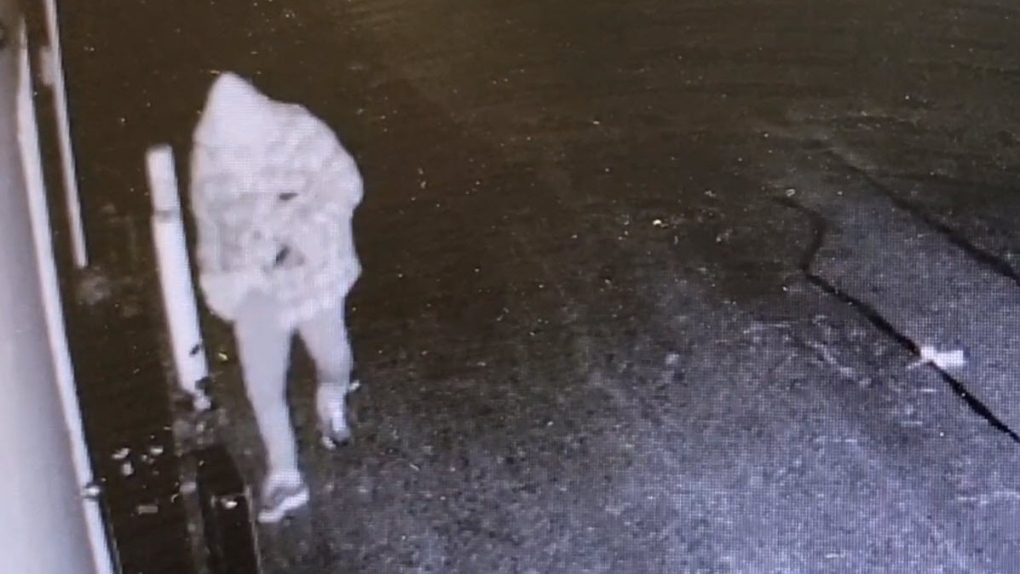 A suspect OPP believe was involved in a Fergus break-and-enter. (OPP)

Ontario Provincial Police (OPP) have released video footage of a break-and-enter in Fergus during which an estimated $20,000 worth of property was stolen.

On Wednesday, OPP released the video which shows the suspects in a break-and-enter that happened between 11 p.m. on Sunday and 5 a.m. on Monday.

According to OPP, the suspects entered the business by forcing entry from the roof. They then stole cigarettes, e-cigarettes, currency and lottery tickets. OPP said there is extensive structural damage affecting four businesses.

The video footage, which appears to be from surveillance cameras, shows a large hole in the roof of the business.

The video shows the a suspect filling garbage bags with merchandise from the store and then exiting the business door with garbage bags that appear to be full.

Majority of affordable homes approved under federal program not yet constructed

The federal government has set aside billions of dollars to quickly build affordable housing across the country, but delays in construction suggest many of the projects approved for funding are missing their deadlines.

'Don't be numb to this': Battling despair over gun deaths

When President Joe Biden signed a bill last year to fight gun violence -- the first such measure to pass Congress in a generation -- a substantial majority supported it. But 78 per cent said they believed it would do little or nothing at all, a survey by the Pew Research Center found.

Once-in-a-lifetime discovery: Indigenous jacket that may be a century old turns up in small U.K. town

When 1990s suede fringe jackets started making a comeback last year, a U.K.-based vintage clothing company decided to order four tonnes of suede from a supplier in the United States. Along with that shipment came a once-in-a lifetime discovery.

Tyre Nichols' fatal encounter with police officers in Memphis, Tenn., recorded in video made public Friday night, is a glaring reminder that efforts to reform policing have failed to prevent more flashpoints in an intractable epidemic of brutality.