Millions still digging out as next system makes its move Tuesday 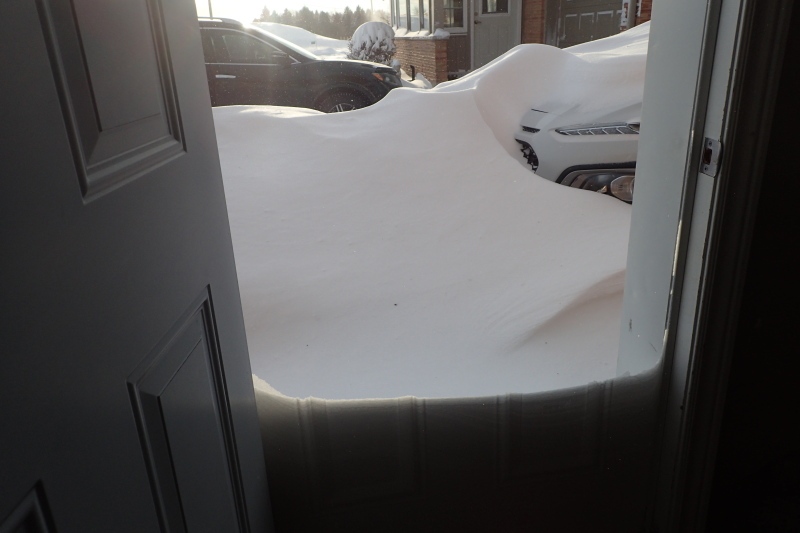 The snow has come to an end for most in southern Ontario, despite lingering lake-effect flurries and squalls for some areas.

A few scattered flurries are possible but most will enjoy a mix of sun and clouds as they continue to clear snow Tuesday afternoon.

Toronto saw a range from 40 cm to 48 cm, closing roads and leaving drivers stranded in what has been a memorable winter storm for the region.

More snow is on the way

As one system departs, another one approaches. An Alberta Clipper is set to bring widespread snow to the region, along with strong winds and a brief warm-up.

The temperature is also forecast to gradually rise to 0 degrees Celsius by Wednesday morning in Waterloo Region. Some locations, especially along the lakes could see this precipitation fall as mixed precipitation or even rain, as temperatures rise above freezing for some areas. Snow will wind down through the afternoon and evening.

Behind the cold front, temperatures will fall to -5 C in Waterloo Region by Wednesday afternoon with a bitter wind chill of -13 C. Strong westerly winds of 30 km/h to 50 km/h will fire up more lake-effect flurries and snow squalls, especially for snow-belt regions south and east of Georgian Bay and Lake Huron. Five to 10 cm of snow could fall in some of these locations including in parts of Huron, Perth, Northern Wellington and Grey and Bruce Counties.

Efforts were underway Tuesday to rescue the last of the defenders inside the Azovstal steel plant in the ruined city of Mariupol after Ukrainian officials said the fighters had 'completed their mission' and there was no way to free the plant by military means.

'Great for all of Alberta': Flames, Oilers prepare for battle in second round

Johnny Gaudreau and Matthew Tkachuk weren't even born the last time the Calgary Flames and Edmonton Oilers met in the Stanley Cup Playoffs, but they still understand how much the Battle of Alberta means to fans of both teams.

Elon Musk's ties to China through his role as electric car brand Tesla's biggest shareholder could add complexity to his bid to buy Twitter.