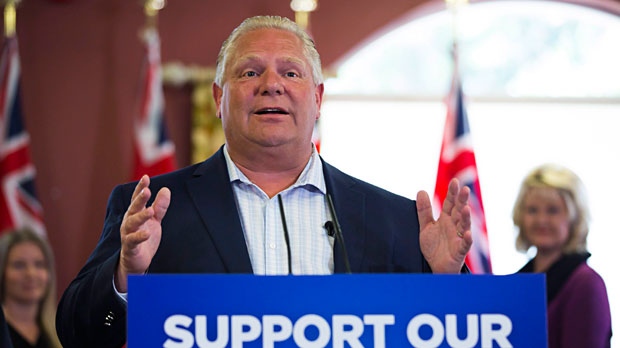 The NDP continue to draw closer to the Progressive Conservatives in Waterloo Region and across Ontario, according to the latest electoral projection from the Laurier Institute for the Study of Public Opinion and Policy.

LISPOP bases its projections on a weighted average of results from various polling firms.

In its latest report, which was released Wednesday, the institute forecasts the PCs winning the slimmest majority government possible, picking up 63 seats compared to 54 for the NDP and seven for the Liberals.

LISPOP’s previous forecast, from late last week, showed the PCs at 64 seats, the NDP at 48 and the Liberals at 12.

Based on LISPOP’s riding-by-riding projections, the NDP appear to be making increasing inroads west of the Greater Toronto area. The party has maintained a safe lead in Waterloo, while Kitchener Centre and Brantford-Brant are now both said to be leaning NDP.

The PCs are projected to have strong leads in Oxford, Perth-Wellington and Wellington-Halton Hills, and a weaker hold on Kitchener-Conestoga.

Cambridge, Guelph and the new riding of Kitchener South-Hespeler are all among the 27 ridings considered too close to call by LISPOP, as are Etobicoke North (home riding of PC leader Doug Ford) and Don Valley West (home riding of Liberal leader Kathleen Wynne).