NDP close to knocking PCs out of majority territory: LISPOP 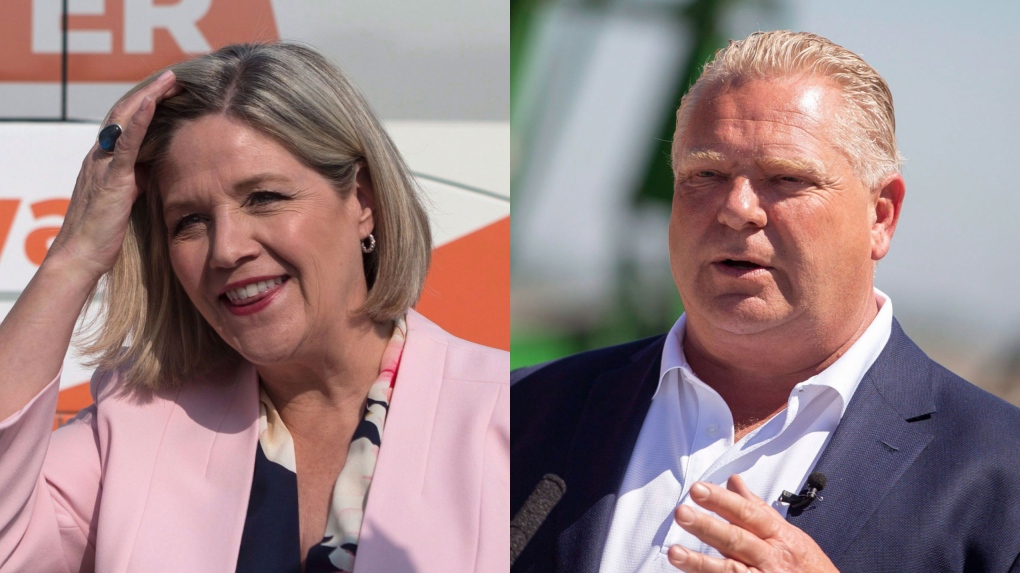 In just two days, the Ontario NDP have increased their projected seat count by 23 per cent.

That’s according to the Laurier Institute for the Study of Public Opinion and Policy (LISPOP), which released its second electoral projection of the week Thursday evening.

According to the LISPOP model, the Progressive Conservatives are projected to win 64 seats – one more than is needed to form a majority government – with the NDP picking up 48 and the Liberals nabbing 12.

The previous projection, which was released Tuesday, showed the PCs at 69 seats, the NDP at 39 and the Liberals at 16.

LISPOP’s projections are based on a weighted average of polling data from major firms.

While most polls tend to focus on overall support across the province, LISPOP uses seat projections to make an attempt to show how the electoral map could look after an election.

In recent days, several polls have showed the NDP and PCs in a virtual tie for support. According to LISPOP, those levels of support would likely be to be benefit of the PCs’, because their support tends to be more spread out across the province. The NDP, by contrast, tend to win some ridings by large margins while being less competitive in others.

Locally, LISPOP’s model suggests the NDP are maintaining a strong hold on Waterloo. Kitchener Centre and Brantford-Brant are also considered to be leaning NDP, while Kitchener South-Hespeler, Cambridge and Guelph are said to be too close to call.

The more rural ridings in our area – Kitchener-Conestoga, Oxford, Perth-Wellington and Wellington-Halton Hills – are considered solidly in the PC camp.