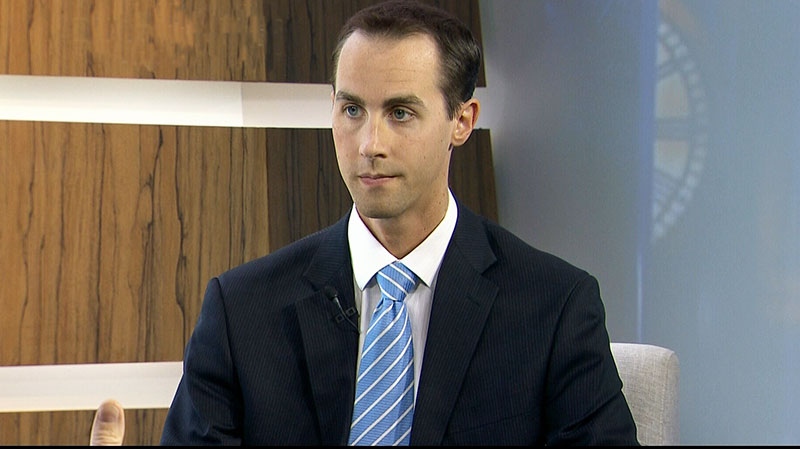 OTTAWA -- A junior Conservative campaign worker in Guelph, Ont., has been charged under the Elections Act in relation to fraudulent robocalls made during the 2011 election campaign.

Elections Canada said in a release Tuesday that Michael Sona, 24, has been "charged with having wilfully prevented or endeavoured to prevent an elector from voting at an election."

Sona was a young employee on the campaign of local Conservative candidate Marty Burke in Guelph.

"The strong public reaction to the fraudulent telephone calls made to electors in Guelph during the May 2011 general election shows how deeply disturbed Canadians were by what happened," Yves Cote, the commissioner of Elections Canada, said in the release.

"I hope that the charge we filed today will send a strong message that such abuses under the Canada Elections Act will not be tolerated."

Elections Canada has been investigating hundreds of fraudulent robocalls in Guelph and dozens of other ridings across Canada that purported to be from the elections regulator.

Voters were told their polling stations had been moved, part of an alleged scam to suppress the vote. The fraudulent calls appeared to target identified non-Conservative voters.

Sona was initially fingered by sources in the Conservative party but has loudly and repeatedly asserted he was being made a scapegoat by party brass.

His lawyer, Norm Boxall, repeated that allegation in a statement Tuesday.

"Although the charge is disappointing, it represents an opportunity for Mr. Sona to finally address the allegations in a court as opposed to in the media and resolve it permanently," Boxall said in an email.

"If the government was interested in the public being fully informed and the issue of robocalls being properly addressed, a full public inquiry would be called, rather than a charge laid against a single individual who held a junior position on a single campaign and who clearly lacked the resources and access to the data required to make the robocalls."

Just last week Sona went on the social networking site Twitter to say: "not easy 2 move on if ppl still falsely pointing @ u even tho evidence doesn't fit. Needs resolved in court, one way or other."

Marc Mayrand, the chief electoral officer, has said Elections Canada has almost 1,400 complaints from more than 200 of the country's 308 ridings.

Last week, Mayrand released a series of recommendations he said are urgently needed before the next election in order to prevent another round of false or misleading election phone calls.

Conservative party spokesman Fred DeLorey said in a statement the party was "pleased" with Tuesday's development.

"In 2011 we reached out to Elections Canada when we heard of wrongdoing in Guelph and did all we could to assist them," said the statement.

"We are pleased that Elections Canada's work has progressed to this point."

Delorey insisted the party "ran a clean and ethical campaign and does not tolerate such activity."

"The party was not involved with these calls and those that were will not play a role in any future campaign," said the statement.

Neither Elections Canada -- which has been investigating the matter since before the May 2, 2011, election date -- nor the public prosecutors' office would comment on the nature of the charge.

The Guelph courthouse also would not produce a copy of the charges because the court did not yet have confirmation that Sona had been served, a court employee said late Tuesday.

Sona resigned his parliamentary job with Conservative MP Eve Adams in February 2012 after he was named by Sun TV as a suspect in the robocalls affair.

Sona has insisted he did not have access to the party's computerized database that was needed to set up the automated phone calls in Guelph.