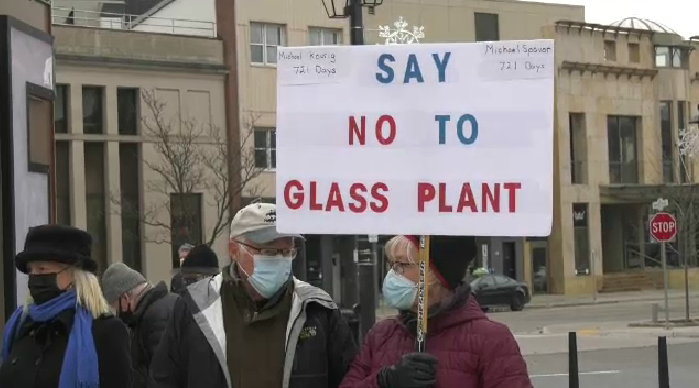 KITCHENER -- A group of people upset with a proposed glass factory in Stratford are expected to gather outside of city hall once again.

The event, set for Monday at noon, is being organized by the group Wise Communities, who says there was no formal response from the city after their leader sent an inquiry about the project.

This protest also comes after environmental lawyer David Donnelly sent a letter to the mayor and council outlining issues with the Xinyi glass factory project, according to a media release.

These reported problems include the factory quadrupling Stratford’s greenhouse gas omissions, vague and misleading descriptions of the factory, and normal planning and public debate being circumvented.

The release also notes that another group, Get Concerned Stratford, will be hosting a virtual meeting at 7 p.m. on Dec. 8.

Protests against the proposed glass factory have been taking place outside Stratford City Hall for the past two Mondays.

In late October, Xinyi Canada Glass named Stratford as its preferred location for its first manufacturing facility in the country.

City officials say the development is being considered near the Wright Business District, has a price tag of up to $400 million, and will create an estimated 380 jobs.

Stratford is the second city where the company has proposed building the factory. In 2018, Guelph decided against the factory after residents raised similar environmental concerns.