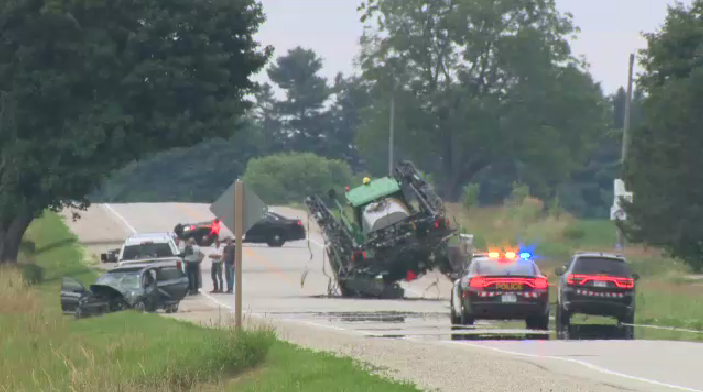 One person has been charged after a crash between a car and a large piece of farming equipment in Huron County sent one person to hospital.

Emergency crews were called to the scene north of Fordwich, Ont. on Harriston Road near Malcolm Line just after 6 p.m. on Tuesday.

An agricultural sprayer could be seen leaning on its side, while a damaged car was parked on the side of the road.

On Wednesday police said the collision resulted in one person being taken to hospital with minor injuries.

A 20-year-old driver from Wroxeter has been charged with careless driving.

OPP closed a portion of Harriston Road on Tuesday while officers investigated the crash.