CAMBRIDGE -- More than a week after the Baitul Kareem Mosque in Cambridge was broken into and vandalized, leaders hosted an appreciation event for those who reached out to help.

Eid al-Adha is being celebrated around the world this week. Members of the mosque say they're still able to celebrate despite the vandalism because of the support from their community.

Last Wednesday, police say a Cambridge man forced his way into the mosque and caused significant damage once inside.

A television and projector were stolen, while the stove along with multiple computer parts were destroyed. 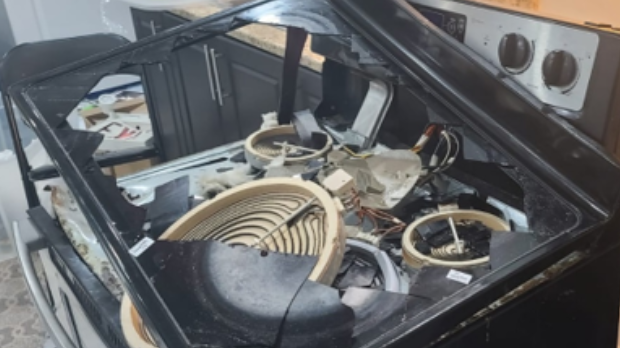 The Waterloo regional police's hate crime unit was involved in the investigation but ultimately said there was no evidence to suggest it was a hate crime.

Police charged a 35-year-old man with break and enter, property damage over $5,000 and possession of stolen property.

Members of the mosque say they're glad it wasn't a hateful act and they've felt loved and supported by the community.

The mosque received messages and donations from people all across southern Ontario.

Ahmad said that is in line with the Ahmadiyya teaching: "love for all, hatred for none."

On Thursday, leaders from around the area and country joined a anti-Islamophobia summit in hopes of allowing those impacted to speak to policy makers and politicians.

Shahab Khokhar, an organizer of the World Religions Conference Canada says he personally doesn't feel unsafe since the June attack on the Afzaal family in London, Ont., but as a Muslim he does feel different.

Waterloo MP and Minister of Diversity, Inclusion and Youth Bardish Chagger says that she had closed-door conversations with those hurt by Islamophobia and ansemitism.

"I'll tell you that some of the conversations, though very difficult to hear, were important to hear," she said.

Khokhar adds that at this year's World Religions Conference, Canada's largest and 40-year-old multi-faith conference, the theme will be racism.

"We believe that all of the religions and faiths come from the same spring," he said. "Our foundation is the same, so why not look at what we have in common, not what the differences are?

"I think continuing dialogue is important, even if nothing gets implemented, if we come back and do a conference again next year, we can review the progress that has been made."

The conference will be held virtually this fall and is organized by a number of Waterloo Region residents.