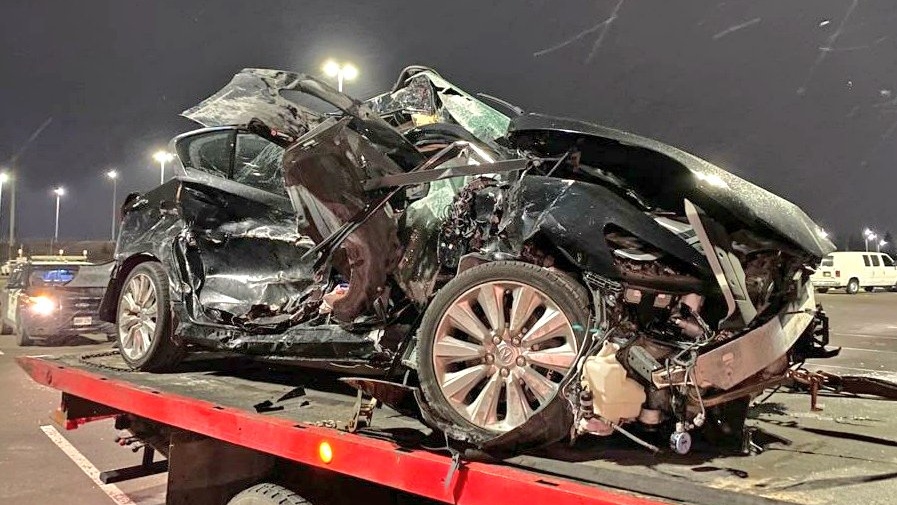 KITCHENER -- After a stretch of mild weather, winter roared back into southern Ontario with plenty of snow and wind.

The Ontario Provincial Police say there have been almost 200 collisions since Wednesday.

On a typical night, there are about 20 on Western Region highways.

While the 194 reported isn't a record-setting number, it's large enough for police to issue a warning: drive with caution.

That number is projected to increase to about 300 or more.

The crashes aren't just around Waterloo Region: West Region is comprised of 14 OPP detachments, from Windsor to Bruce Peninsula.

Police say that collisions are avoidable, but if you do get in one, they're asking you to be careful in assessing the damage.

"One of the things we do want to drive home today is, if you are involved in a collision, before you get out of the vehicle, take your time and decide if leaving the safety of your vehicle is the right thing to do," says Const. Josh Cunningham.

"We've seen people who have crashed their vehicles, got out and stood in a very unsafe place."

Some communities in West Region are facing a real possibility of getting another 40 cm of snow.

As such, police say that drivers should expect winter driving conditions for the rest of the day and again tomorrow.