2 people sent to hospital after multi-vehicle crash in Kitchener

2 people sent to hospital after multi-vehicle crash in Kitchener 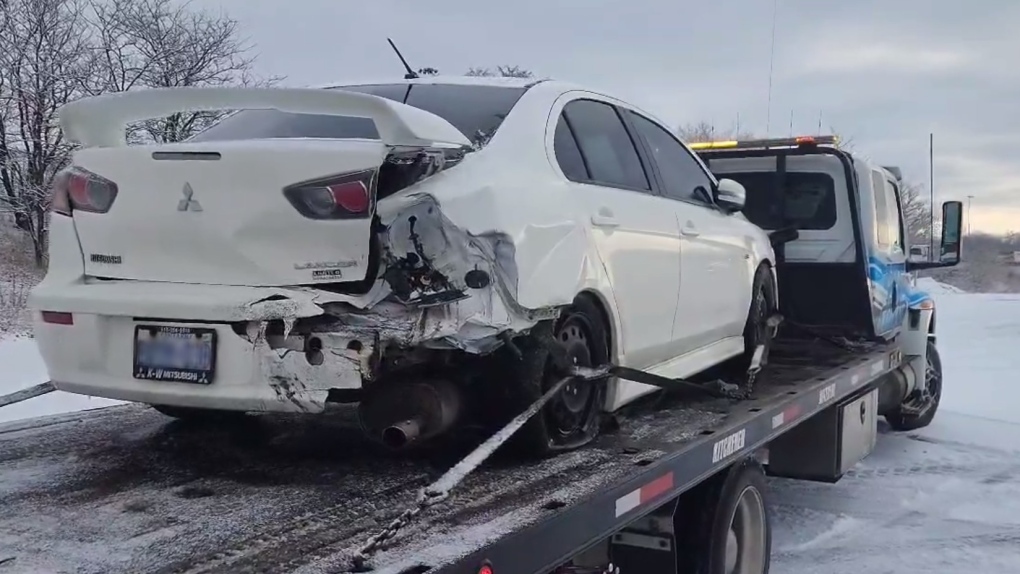 A vehicle sits on a flatbed after a multi-vehicle collision in Kitchener. (OPP/Screenshot)

Two people have been sent to hospital with minor injuries after a crash in Kitchener involving five vehicles around Highway 7/8 and King Street, according to Ontario Provincial Police (OPP).

On Monday, just before 10 a.m., OPP tweeted a video from a parking lot where the vehicles involved in the multi-vehicle crash had been moved.

“It was a bit of a wintery mess this morning with snow and ice, some black ice and freezing rain or whatever it was, but it certainly made for a challenging drive,” said OPP const. Kerry Schmidt in the video.

The video shows multiple vehicles with damaged front ends and bumpers. Several vehicles were shown hooked up to tow trucks, with at least one on a flatbed. 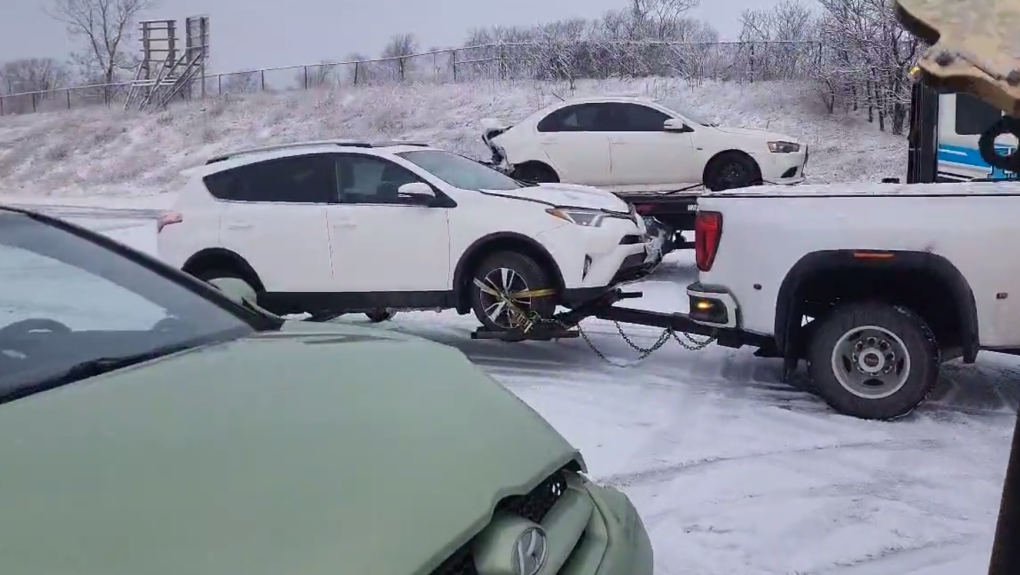 When describing the scene, Schmidt explained the vehicles sustained damage to the front and back ends, bumpers had been caved in, hoods were collapsed, and some airbags had been deployed.

With a significant snowfall expected in Waterloo-Wellington later this week, OPP are reminding drivers to prepare for potentially dangerous road conditions,

“As the forecast is talking about winter weather this week, be prepared and avoid travel when the big system comes,” said Schmidt.