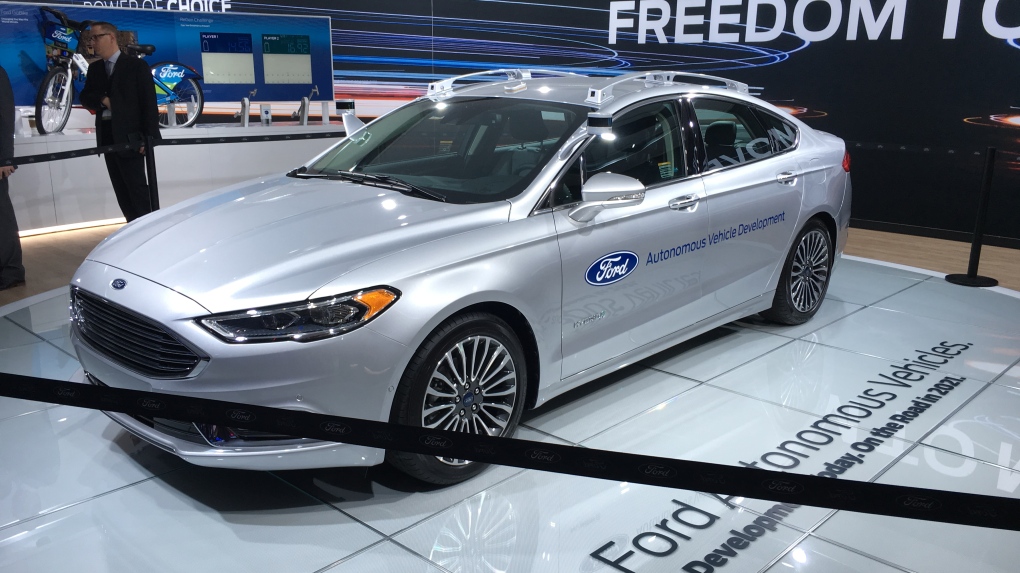 A Ford autonomous vehicle on the floor of the North American International Auto Show in Detroit on Monday, Jan. 9, 2017. (Melanie Borrelli / CTV Windsor)

Waterloo Region is one of six Ontario communities selected to be hubs for research into autonomous vehicles.

Ontario Centres of Excellence, an arm of the provincial government which promotes partnerships between companies and academic institutions, announced this week that it has selected six communities to serve as regional technology development sites.

Each community is focusing on a different element of autonomous vehicle research. Waterloo Region’s role, with help from Communitech, the University of Waterloo, the Waterloo Region Economic Development Corporation and Canada’s Open Data Exchange, will be to focus on mapping and localization technology.

Other communities selected as hubs include Durham Region, the Toronto, Hamilton and Ottawa areas, and a joint venture between London and Windsor.

Organizations in each community will receive up to $5 million as part of the province’s $80-million autonomous vehicle research program.