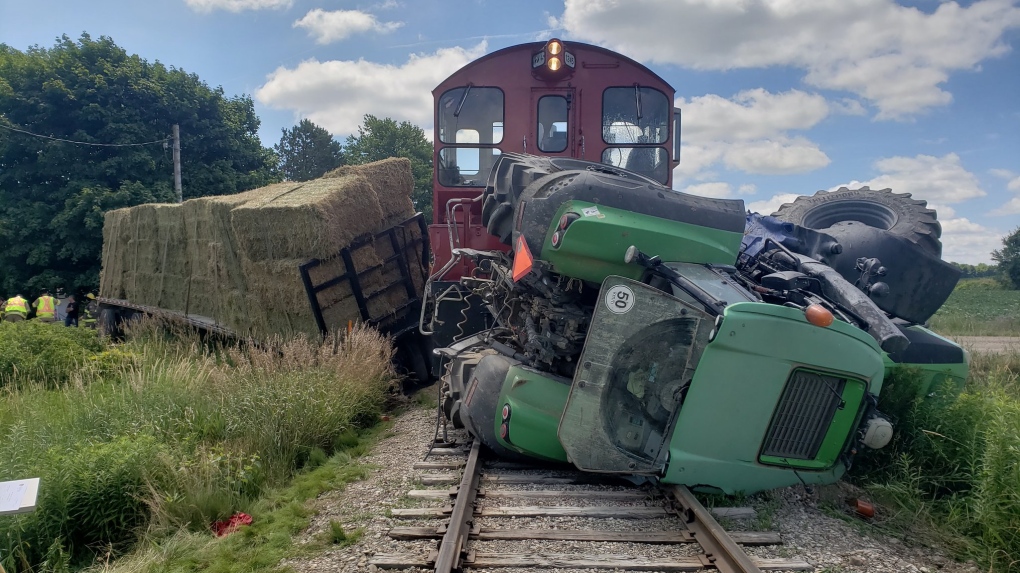 KITCHENER -- A London man has been charged in connection to Tuesday’s crash between a farm tractor and a train in Oxford County.

OPP say the man was driving a tractor loaded with hay, when he collided with a slow-moving Ontario Southland Railway train at the Daniel Road crossing, just north of Tillsonburg.

The 62-year-old man was taken to a hospital where he was treated for non-life threatening injuries.

Daniel Road, between Plank Line and Dereham Line, was closed for approximately six hours that day while crews worked to remove both the damaged vehicles.