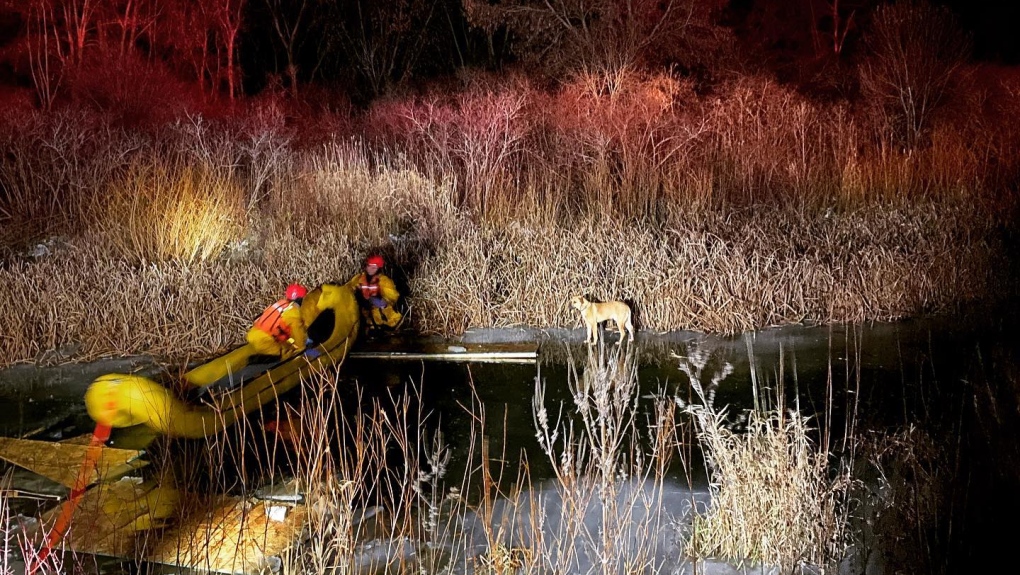 With the night closing in, Six Nations Fire and Emergency Services were able to rescue a young dog that was stuck on a piece of ice.

Crews said following the best attempts by the homeowners, they were called to assist a young dog stuck on the ice.

Photos shared by Six Nations Fire and Emergency Services show the young dog stranded on a small ice shelf on the far side of a small body of water.

Crews suited up, including deploying a small lifeboat, to reach the other shores of the icy waters.

Rescue photos show while the edges of the body of water had iced over, the centre was still open water.

After plenty of coaxing, crews brought the dog to safety where he was met with a warm hug.

Crews are reminding everyone to be careful as the waterways start to freeze.