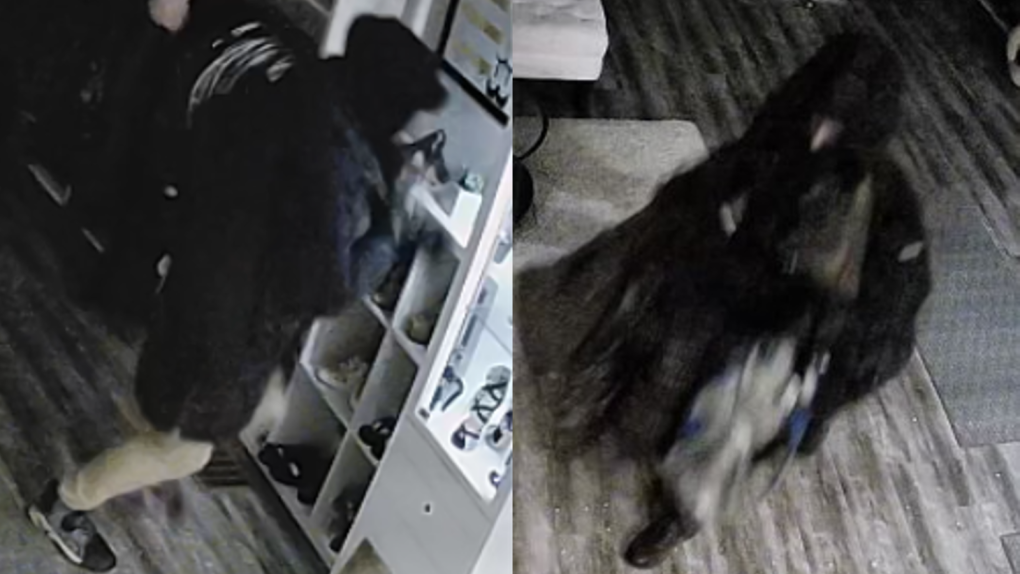 Police are trying to identify these people in connection to a break-in in Cambridge on Nov. 25, 2022. (Submitted/Waterloo Regional Police Service)

Waterloo regional police have released a video of a break-in at a Cambridge store in hopes of identifying the people involved.

Police say around 4:50 a.m. on Friday Nov. 25, two suspects forced their way through the front door of a business in the area of King Street East and Westminster Drive South.

The video shows them grabbing merchandise, including coats, shoes and bags before leaving.

Police say it’s believed they were riding bicycles, one of which was captured on surveillance footage.

Anyone with information is asked to call police.

WRPS' Break, Enter and Vehicle Theft Team is looking to identify the individuals pictured in connection to a break and enter in Cambridge.

Anyone with information is asked to call police or @waterloorcrime.

White-tailed deer may be a reservoir for COVID-19 variants of concern including Alpha, Delta and Gamma, according to new research out of Cornell University that raises questions about whether deer could re-introduce nearly extinct variants back into the human population.