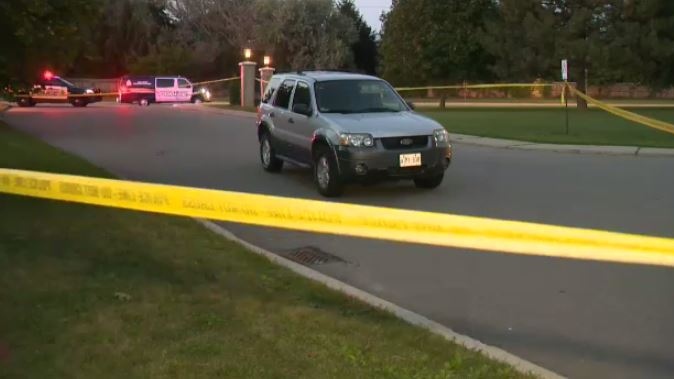 Regional Police are investigating after a pedestrian was struck in a driveway off Jamieson Parkway Wednesday night. (Terry Kelly / CTV Kitchener)

Regional Police are investigating after a pedestrian was struck in Cambridge Wednesday night.

Officers were called to a driveway leading to an apartment complex at 200 Jamieson Parkway around 7:00 p.m.

They say a 64-year-old Cambridge man was struck by an SUV while walking through a path from the plaza that leads to the apartment’s private driveway.

He was taken to local hospital with serious injuries, but is said to be in stable condition.

The SUV was driven by a 74-year-old Cambridge woman. She did not suffer any injuries.

The Traffic Services Branch is investigating, but officers say they do not anticipate any charges will be laid.

They have since cleared the area.