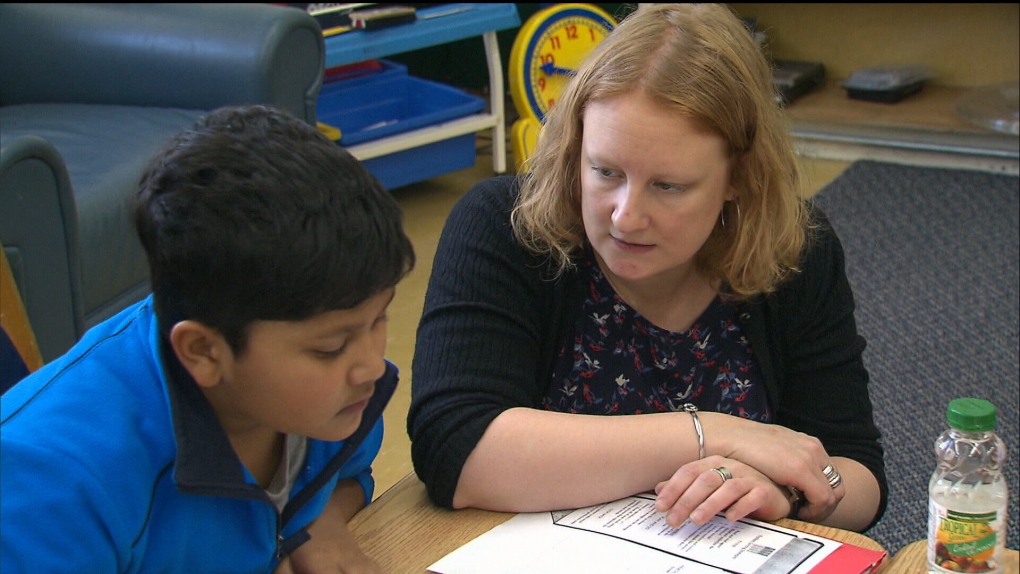 The Elementary Teachers' Federation of Ontario and the Ontario Secondary School Teachers' Federation say their members will start withdrawing some administrative services, such as putting comments on report cards, attending certain meetings and participating in standardized testing.

"Parents can expect to see absolutely nothing change in terms of the quality of their children's learning environment," said OSSTF president Harvey Bischof.

High school teachers will also be holding information pickets to distribute information to parents, but will not impede access to schools, Bischof said. Elementary teachers will be gathering outside the main entrances of schools 15 minutes before class Tuesday and entering together in what their union is calling a solidarity action.

OSSTF has talks scheduled with the province Wednesday and Thursday this week, and escalating the strike after that point is possible, Bischof said.

"We don't have infinite patience with this," he said. "The government unilaterally imposed cuts that students are already suffering from. That's not something we did. They did it. We want that to change."

Education Minister Stephen Lecce said the government has been reasonable in contract talks, scaling back increases to class sizes and mandatory e-learning requirements. The government announced in the spring that it was increasing average high school class sizes from 22 to 28 over four years and requiring four online credits to graduate. In recent weeks, it has offered a class-size increase to 25 instead, and dropped the e-learning requirement to two courses.

Teachers were not appeased.

"They are the singular victim of that escalation, I really believe that," he said.

During the work to rule, high school teachers will also not complete ministry data reports or participate in ministry- or school board-driven professional activities.

Elementary teachers will also not do any online training by the ministry, not take part in any school board activities on professional activity (PA) days, and not respond to any emails from administrators outside of school hours, except if it is about safety, support for students with special needs or for a supply teacher to accept a job.

Negotiations between the province and the education unions started on tense terms a few months ago, and three of the four major unions have moved toward labour action of some kind.

Catholic teachers have voted 97 per cent in favour of a strike if necessary, although they are not yet in a legal strike position, while negotiations between the province and French teachers continue.

This report by The Canadian Press was first published Nov. 25, 2019.