The Kitchener Rangers' playoff run came to end over the weekend and the team is reflecting on their up-and-down OHL season.

"There were points in the season where it was tough to come to the rink, we were losing a lot," said player Mike Petizian.

The team managed to turn it around in the playoffs, pulling off a Game 7 thriller in the first round against the London Knights.

The Rangers were in a good position for another upset in the semi-finals but they couldn’t pull it off.

The team only managed to get one win against the Windsor Spitfires, ending their playoff run Saturday night.

"It stings," said Mike McKenzie, the coach and general manager for the Kitchener Rangers. "At the end of the day, only one team goes home happy."

The team, however, isn't hanging their heads.

Instead they are focusing on what a return to the ice meant to the team and fans.

"We started the year with our players and talking about it being a celebration – a return to hockey – and in my view we're going to finish it that way," said Birch.

Still, the season had some bumps along the way.

The teams said the fans will be a major focal point heading into the next season.

Because of pandemic-related restrictions, the Rangers saw their lowest average attendance numbers in decades.

"A lot quieter for sure," said Petizian. "When you score it doesn't really feel the same because I usually go to the glass and I give it to the fans and I get them riled up."

The Rangers are happy that restrictions have been lifted and more than 7,000 fans can now fill the Aud.

"We feel that until we kind of reach pre-pandemic season ticket number levels, we've got some work to do," said Birch.

PETIZIAN'S LAST SEASON WITH THE RANGERS

The Rangers will also be missing one of its standout players next season.

Left wing Mike Petizian, who scored the overtime goal to clinch the team's series against the London Knights, will be moving on from the OHL since he's now considered an over-age player.

He revealed to CTV News in an interview Monday morning where he’s headed next.

“I’m committed to the University of New Brunswick for next year so I’m very excited about that,” Petizian said. “They’ve had great success over the years and I’m looking to add to that.”

“Scoring in this building, there’s no better feeling. I love it more than anything.” 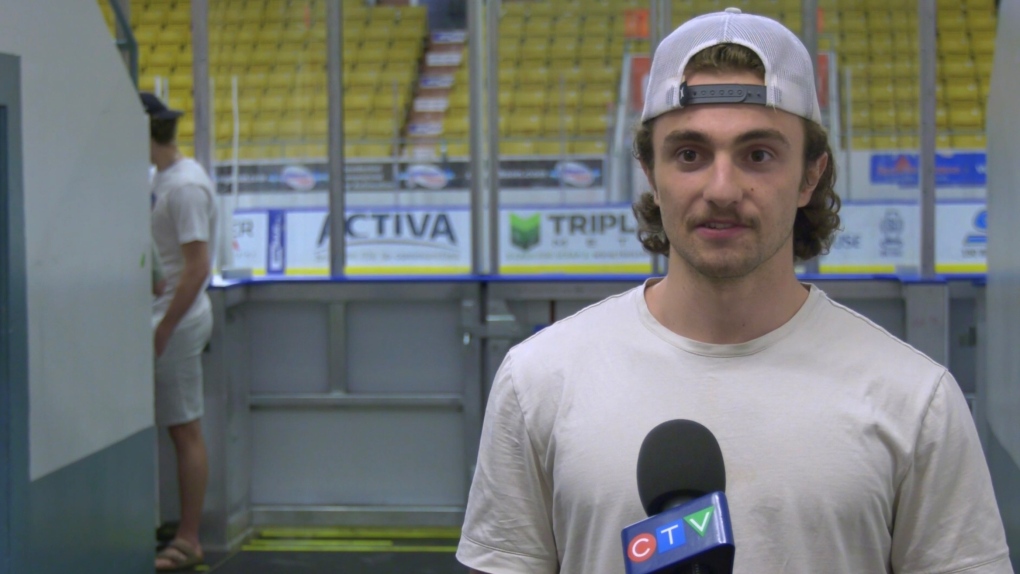 Mike Petizian reveals to CTV News where he is playing next. (Spencer Turcotte / CTV News)