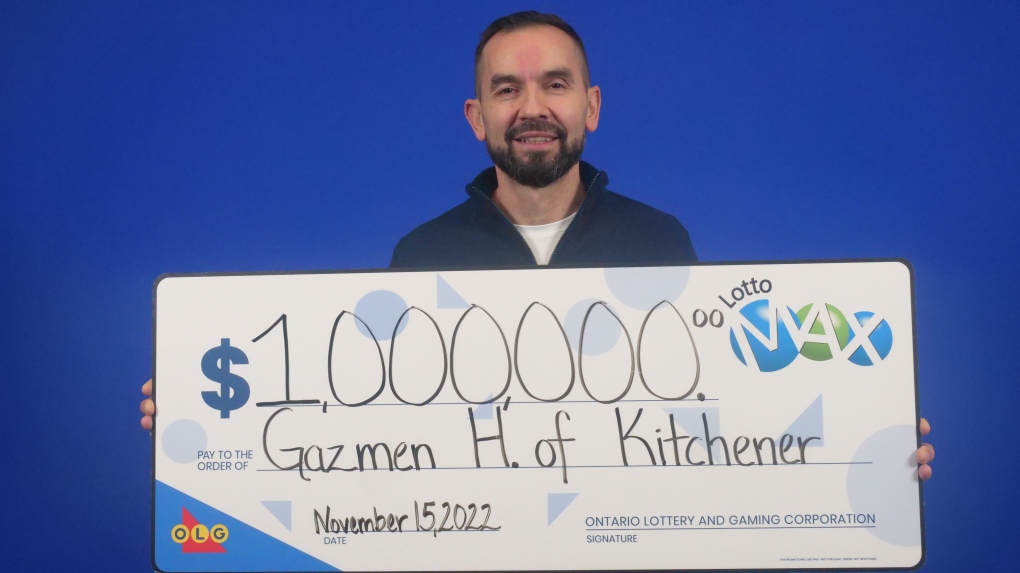 A 49-year-old Kitchener father of three is seven figures richer and hitting a maxmillions prize worth $1 million.

“I play my own set of numbers that I see in my head,” he said in an OLG news release.

Gazmen said he went to the store to check his tickets using the ticket checker. “The last ticket I checked said $1 million. I couldn’t believe it and scanned it two more times. When it said the same, I quickly put the ticket in my pocket.”

He waited for his wife to come home to tell her the big news.

“When I told her I won $1 million, she started to shake. She was so happy and excited for our family,” he said.

He plans to put a down payment on a house for his family.

“My body and mind feel quiet – a feeling I have never experienced before,” he concluded.

The winning ticket was purchased at Ins Market on Kingsway Drive in Kitchener.