It's a plane! Waterloo Warbirds doing training exercises around region 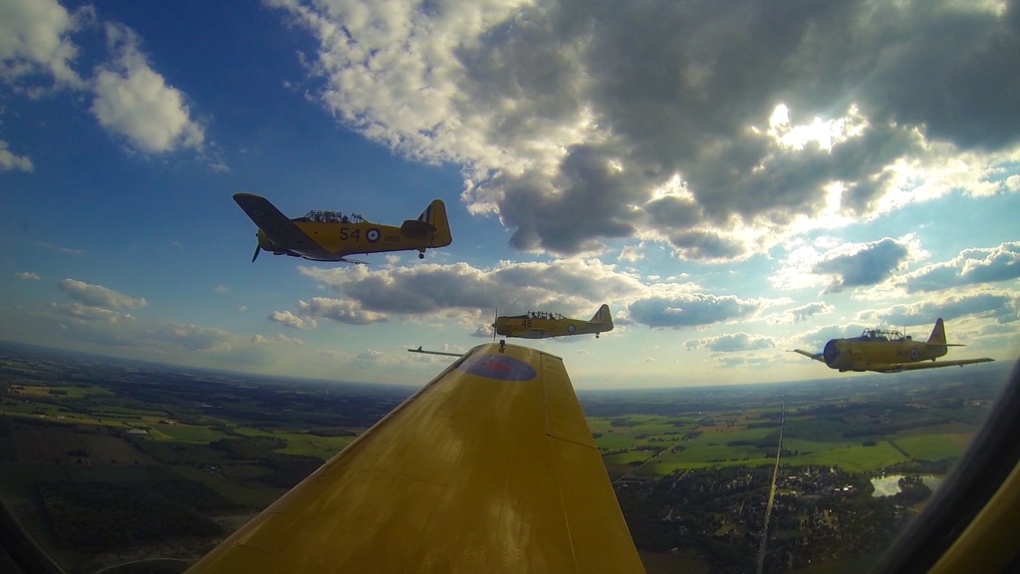 KITCHENER -- No, it’s not a covert mission: the planes that have been flying over Waterloo Region over the last couple of days have been training.

The exercises were not publicized because those involved didn’t want to draw crowds to the airport, both to allow pilots to focus and because of the COVID-19 pandemic.

Spokesperson Steve Zago tells CTV Kitchener that the meet-up is a rare one, spurred in part because many pilots have been grounded during the COVID-19 pandemic.

Many would normally be flying in air shows or fly-ins. Others, like Zago, who is a commercial pilot, would typically be working right now.

A global slow-down on flying has allowed some 20 pilots to get together to fly, practicing standardized hand signals.

Zago says that, in the past, many different flying associations had different hand signals and techniques, which could present a challenge when doing a risky formation.

Now, a standardized hand signal system is used to help pilots fly with others. 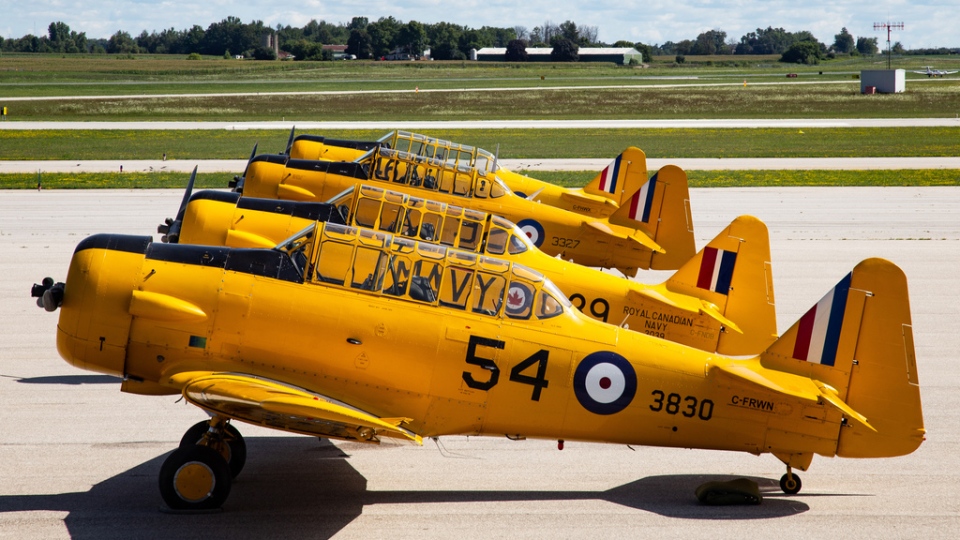 Several people took to social media to share photos of the planes as they flew overhead and speculate as to why they were flying over.

@CTVKitchener @WaterlooWarbird @FlyYKF the skies have been interesting to watch (and hear) yesterday and today
What is going on? Who are these jets & planes that are flying over my house?
It is like a mini private air show pic.twitter.com/hZiqrkKE5D

Much of the flying was done away from Waterloo Region. Zago says that he suspected many people saw the planes flying as they were taking off and landing.

Back in May, the Waterloo Warbirds captured the region’s heart as they flew over Waterloo Region’s hospitals in a salute to health-care workers working through COVID-19.

Their flight coincided with the CF Snowbirds’ cross-country flight as part of Operation Inspiration, which was planned to improve morale across the country.