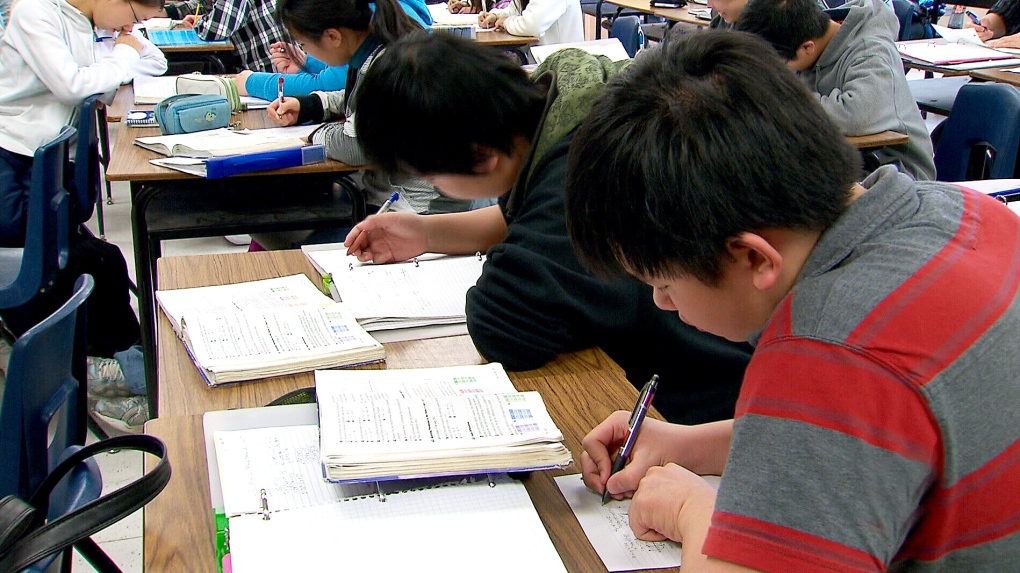 Lisa Thompson announced last week that average high school class sizes will increase by six students -- from 22 to 28, a change to be phased in over four years. She has noted that Ontario high schools currently have one of the lowest student-to-teacher ratios in the country.

When asked Wednesday how the changes would benefit students, Thompson said they would help students become more employable.

"When students are currently preparing to go off to post-secondary education, we're hearing from professors and employers alike that they're lacking coping skills and they're lacking resiliency," she told CBC's Metro Morning.

"So by increasing class sizes in high school we're preparing them for the reality of post secondary as well as the world of work."

Thompson made similar statements after question period Wednesday, mentioning a story she had heard about a young person who began crying during a job interview.

"They haven't had that exposure, the coping skills, to deal with stressful situations, and so we need to make sure that students have an environment whereby they're communicating, they're learning, how to discuss difficult subject areas," she said.

"What I'm saying is what we're hearing is when we take a look at aligning our mature students in high school with class sizes with other jurisdictions across Canada, we're enabling more group work, we're enabling more opportunities for people to work with each other and actually build the skills that employers are looking for," she said.

"I suppose we could subject students to all kinds of deprivations and those that survived would be by definition resilient, but I don't think that's how we raise or educate students, children, in 2019," he said.

NDP Leader Andrea Horwath likened Thompson's resiliency comments to a book and movie series about children fighting to the death.

"The government's response to changes in our education system is basically throwing 'The Hunger Games' into our classrooms," she said. "What we should be doing is providing supports, providing the one-on-one access to teachers and not tell kids that they're going to have to fight their way through school."