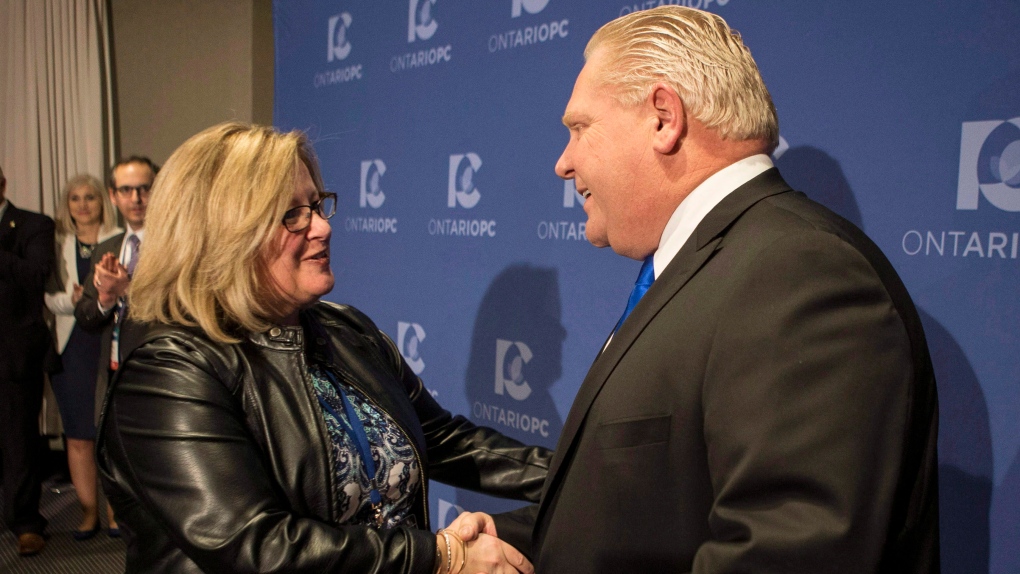 Ontario is increasing high school class sizes and introducing a new sex-ed curriculum that will return to teaching gender identity and consent in schools this fall.

"Our plan will modernize the classroom, will protect the future of our education system, and will ensure Ontario's students acquire the skills they need to build successful lives, families and businesses right here in Ontario," Education Minister Lisa Thompson said in a news conference in Toronto.

The government has been consulting since January on class sizes and teacher hiring practices, including asking whether hard caps on class sizes should continue.

On Friday, the province said it will raise the cap for high school classes by six students -- from 22 to 28.

It said Ontario high schools currently have one of the lowest student-to-teacher ratios in the country and the change will be phased in over four years.

"Not one teacher -- not one -- will lose their job because of our class size strategy," Thompson said, though she would not say whether the province would rely on attrition to cut costs.

Cap sizes for kindergarten and primary grades are not being changed.

Schools will also have a new sex-ed curriculum that will replace an interim teaching plan based on 1998 materials brought in last year after the Progressive Conservatives repealed a 2015 curriculum from the previous Liberal government. The Liberal curriculum addressed consent, online bullying, sexting, same-sex relationships and gender identity.

The province said parents will still be able to opt out of having their kids exposed to certain topics in the sex-ed class, and the ministry will issue online modules for those who want guidance on discussing those topics at home. The full curriculum is expected to be released in May and implemented in September.

Ontario high schools will also receive a revised curriculum on First Nations, Metis and Inuit studies, which the province said was developed in collaboration with Indigenous partners. That document is also scheduled to be released in May and put in place by the next school year.

The government also announced a new math curriculum for all grades that will be phased in over four years. It will focus on basic concepts and skills, with the first changes come into effect in the fall.

The government will also ban cellphones in classrooms during instructional time, starting next year, except for when teachers want to use cellphones as part of their lesson, for medical reasons and for students with special needs.