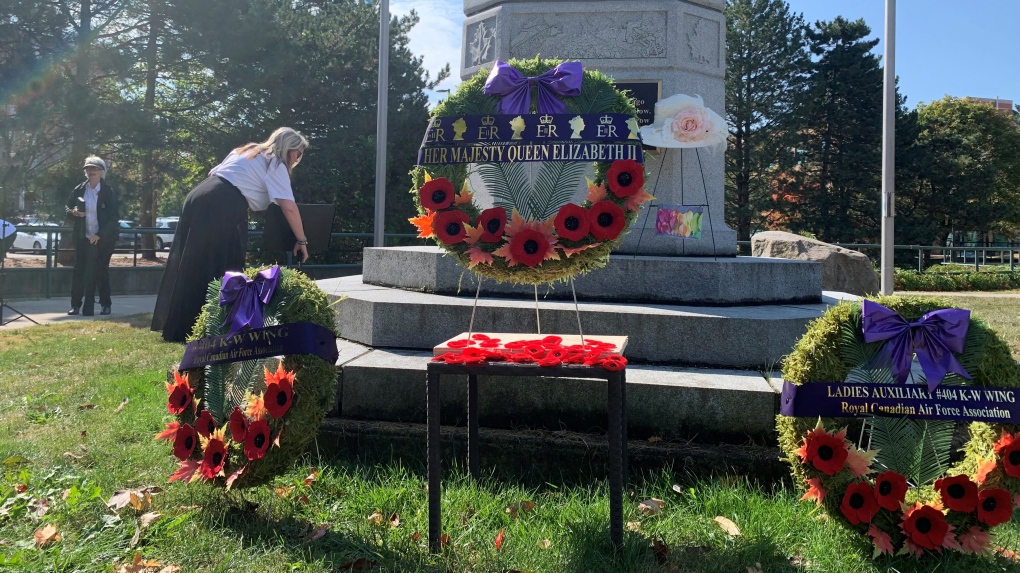 Many people in Waterloo region and around the world are gathering Monday to honour and remember the longest reigning British monarch.

A morning ceremony was held at the Waterloo cenotaph following the funeral of Queen Elizabeth II in London.

The event was put on by members of the Royal Legion Waterloo Branch and featured wreaths and poppies around the monument.

Veterans who served under Queen ElizabethII say it's important to honour her Majesty.

"[It’s]not about show and tell, it's just something to do and respect to her," said legion president Bob Berg. "She is a patron of our legion, and the name royal was out there with her consent way back in the early 60s. I think it'll stay that way."

A prayer, a moment of silence, the singing of the national anthemand the placing of the wreaths happened before the ceremony ended with God Save the King. 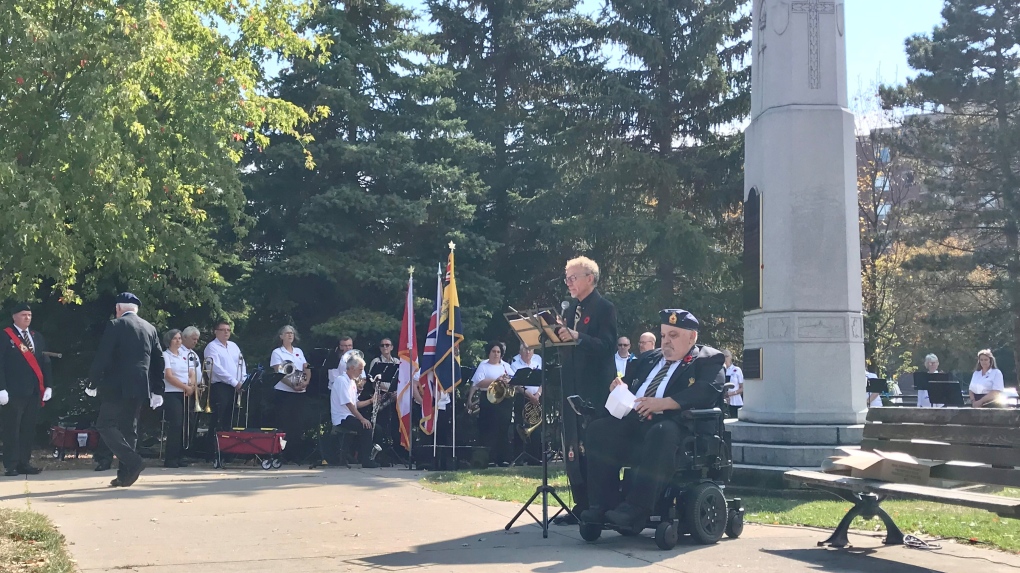 A ceremony at the Waterloo Cenotaph in honour of Queen Elizabeth II. (Dan Lauckner/CTV Kitchener) (Sept. 19, 2022)

Touching ceremony by Royal Canadian Legion Branch 530 at the Waterloo cenotaph to honour Queen Elizabeth. Was proud to lead local elected officials in presenting 'the hat'. A vey nice idea by the Legion. pic.twitter.com/AUhGQtSRAI