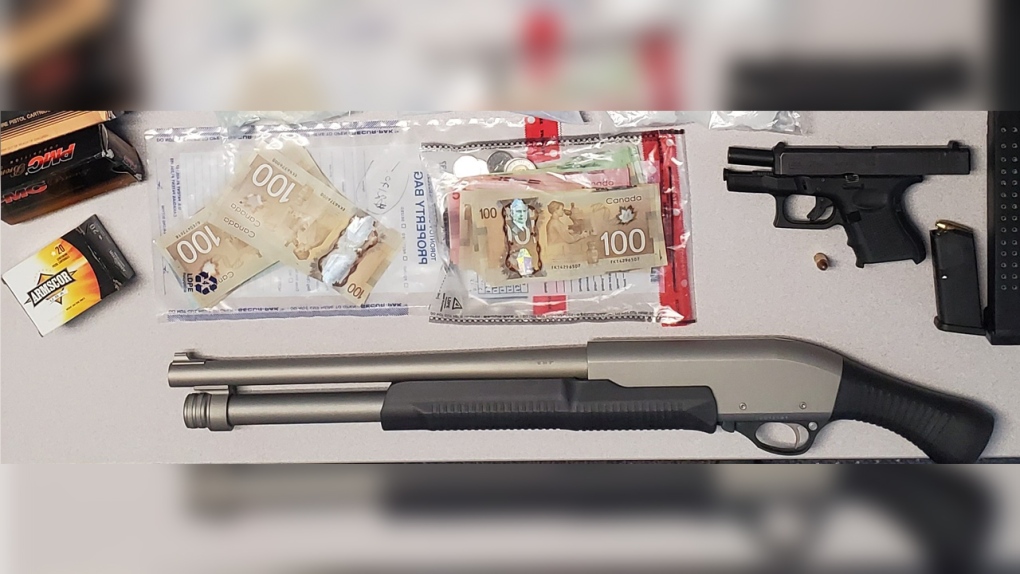 Police said they seized two unregistered and unlicensed guns, about 1700 rounds of ammunition, and large amounts of what they suspect to be cocaine and meth. (Source: Waterloo Regional Police Service)

On Friday, Waterloo regional police carried out two search warrants at residences in Kitchener: one in the area of Ottawa Street South and Prosperity Drive, and the other in the area of Lemon Grass Street and Iron Gate Street.

Three men, aged 21, 28 and 31, were arrested, along with a 28-year-old woman. They have been charged with unauthorized possession of a firearm, possession for the purpose of trafficking drugs and possession of a prohibited device.