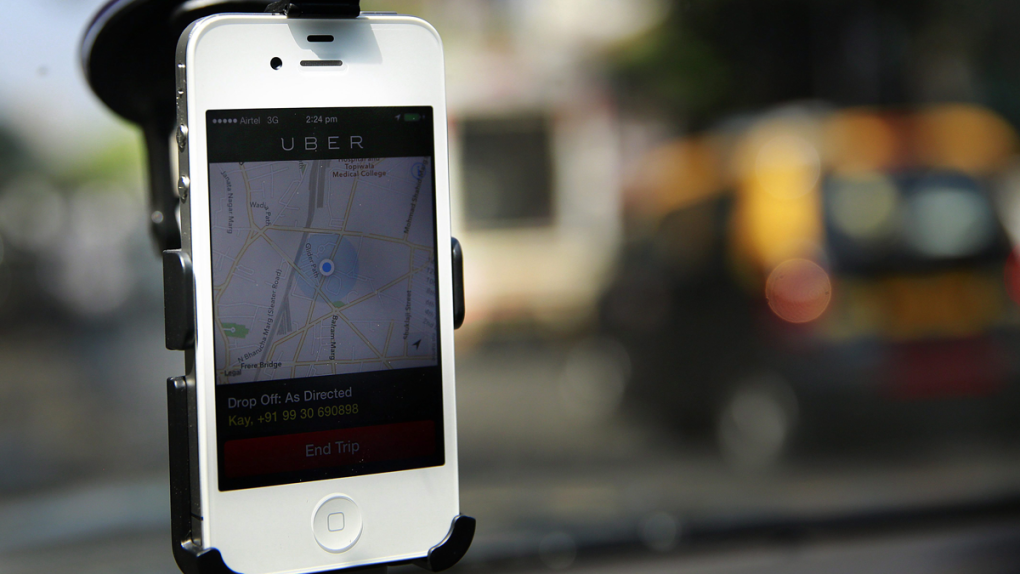 A smartphone is mounted on the glass of an Uber cab. (AP / Rafiq Maqbool)
Kitchener -

A Kitchener judge has found a former Uber driver not guilty of sexually assaulting and choking a female passenger in Waterloo in 2018.

Issa Affan,42, was on trial for sexual assault causing bodily harm, forcible confinement, choking to overcome resistance, and uttering threats in relation to an incident in February of that year.

Justice Catrina Braid read out her decision Thursday during a virtual court hearing in Kitchener.

Affan’s trial was a judge alone case where the complainant took the stand and Affan testified in his own defence.

Court heard Affan picked up the complainant at about 4:30 a.m.

Justice Braid noted that when the complainant testified she admitted to being “just a little drunk” and spoke with Affan during the seven-minute drive to her boyfriend’s home off of University Ave.

Justice Braid recounted how the complainant testified she tried to get out of the vehicle at the end of the ride, but the door was locked despite the car running, and noticed Affan “walked around the car pretty quickly.”

The complainant testified Affan opened the door with a key fob and proceeded to sexually assault and choke her.

Justice Braid then noted how Affan denied the allegations when he took the stand, and how Affan demonstrated how the car’s engine had to be completely shut off for the key fob to lock or unlock the vehicle.

“The evidence about the engine running and whether Mr. Affan was able to unlock the car with the key fob is significant,” stated Justice Braid.

“The evidence demonstrates the key fob could not unlock the doors from the outside when the car is running, which make the complainants version of events impossible.In my view this evidence is capable of raising a reasonable doubt.”