Firefighters were called to a building on University Avenue between Weber and Regina streets around 12:30 p.m. Thursday.

They discovered an electrical fire, which is believed to have started with tree limbs rubbing on electrical wires. 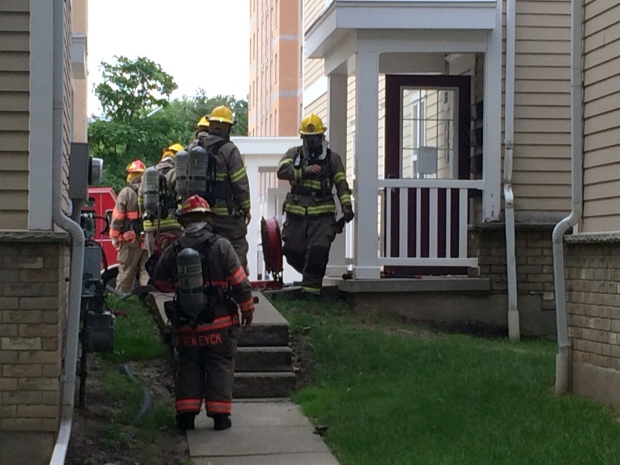 Apartment walls were ripped down by firefighters as they battled the flames and smoke.

While no injuries were reported, a number of students were displaced Thursday afternoon.