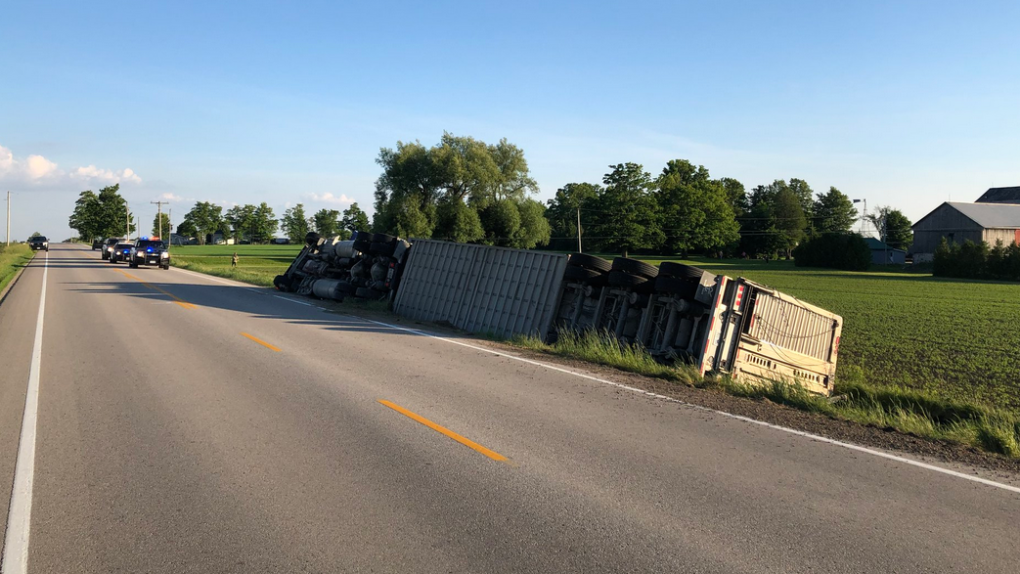 The driver of a cattle hauler involved in a crash that left more than a dozen animals dead has been charged.

The single-vehicle crash happened on June 27. The hauler was driving on Wellington Road 16 when it left the road, taking down some hydro wires in the process.

A total of 98 cattle were being transported at the time of the crash.

Police say 17 cows died or had to be euthanized as a result of the crash. Another 25 cattle escaped, some of which are still missing. The rest of the animals were taken to a stock yard.

The driver, a 38-year-old Woolwich Township man, was uninjured.

He’s been charged with careless driving, and is scheduled to appear in a Guelph court in September.