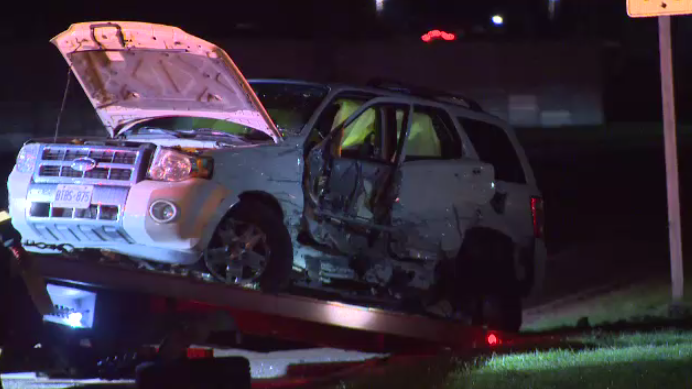 A crash in Cambridge sent one person to hospital.

Charges are going to be laid following a crash in Cambridge.

Police were called to the scene on Can-Amera Parkway around 9 p.m. Tuesday.

Two vehicles had collided, one leaving the road and ending up nestled between two trees.

One person was taken to hospital with unknown injuries.

Police say a man was arrested at the scene and that charges are pending.

It’s not yet known what caused the crash.