Beekeepers sound the alarm over neonicotinoids 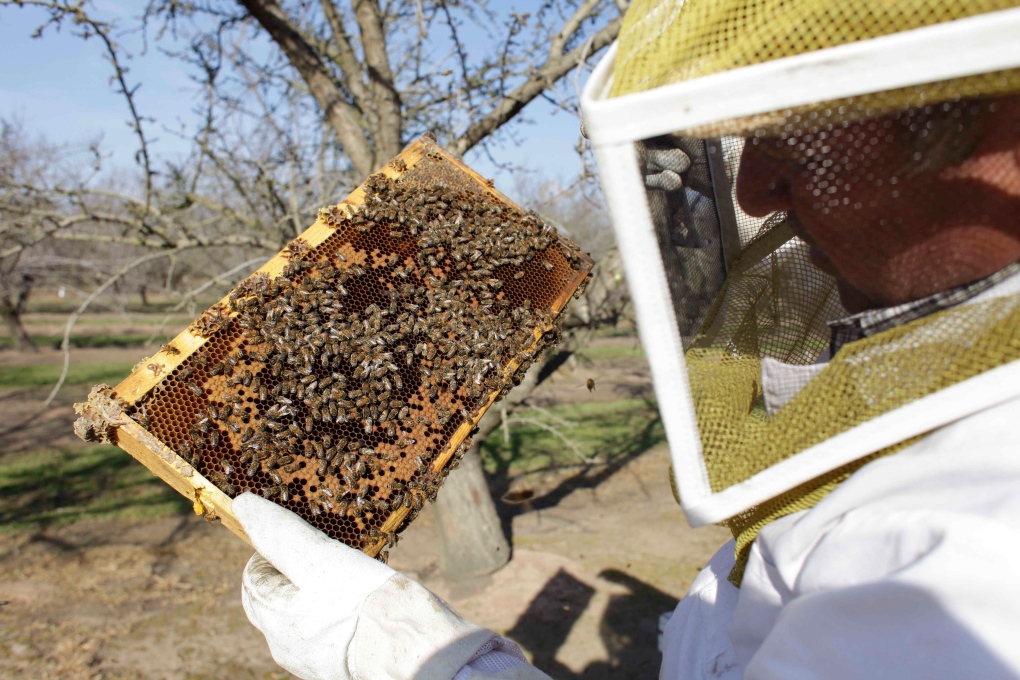 Worries about the future of the world’s bee population made their way to Cambridge on Tuesday night.

A workshop and forum on pollination was held at city hall, with dozens of people in attendance.

Event organizer David Schuit of Saugeen Country Honey spoke of beekeepers’ concerns with neonicotinoids – a class of pesticides he says are seven thousand times more toxic than DDT, which was banned in the 1970s.

“One seed of treated corn is enough to kill an entire hive,” he said.

Last month, the Ontario Beekeepers Association refused to endorse a provincial report on bee health due to concerns over its acceptance of neonicotinoid use during planting.

According to the association, residue from the pesticides can be found in puddles and field water long after crops are planted, posing a risk to bee populations.

It’s estimated that nearly two million hectares of corn and soy crops in Ontario were treated with neonicotinoids in 2013.