Not enough being done to stem pesticide residues, beekeepers say 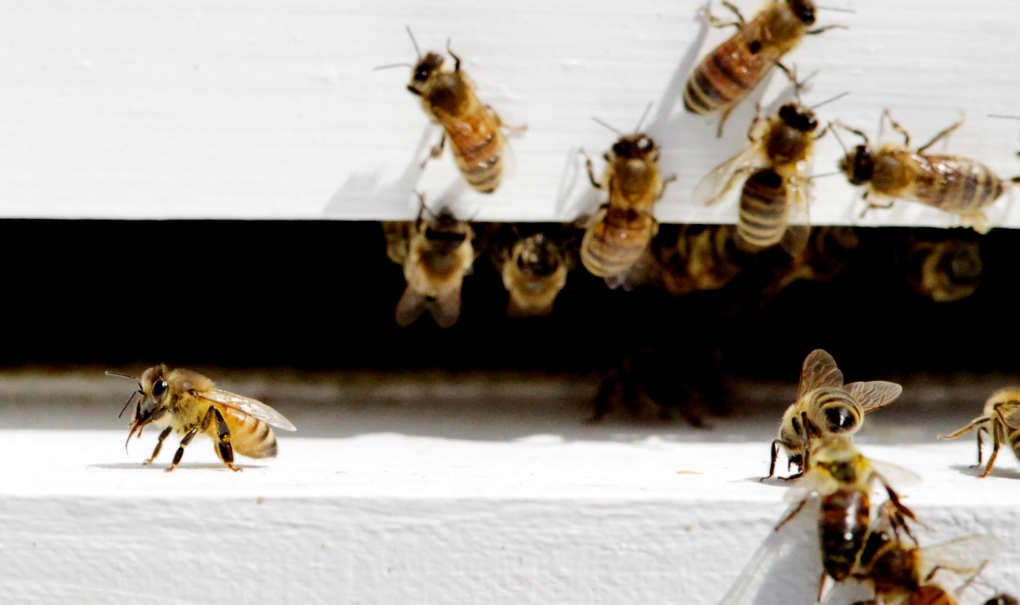 The report released Wednesday by Premier Kathleen Wynne, acting as Minister of Agriculture, promotes the use of non-insecticide treated seed.

It also encourages the use of products and tools to reduce the risk of pollinators being exposed to dust containing neonicotinoids during planting.

But the association contends the government is incorrectly assuming that neonicotinoids could be safe for bees if applied properly at planting time.

It says the government is ignoring a growing body of scientific evidence proving that the spread of dust from planters is just one way these pesticides are devastating bee populations.

It says research has shown a significant pesticide residue in puddles and field water during late June, long after crops are planted and crop dust is a potential risk.

"As a beekeeper and farmer, I have seen the devastation caused by the indiscriminate use of this pesticide," said association president Dan Davidson. "This report does not reflect the magnitude of the threat to bee health in Ontario."

Last year, neonicotinoid treated seed was applied to over 1.9 million hectares of corn and soy in Ontario.

The association says it believes that until Ontario suspends the use of neonicotinoids on field crops, any voluntary options around best practices will be ineffective.

Wynne said the province will "continue to look to the federal government, the regulator of pesticides in Canada, to provide evidence-based direction on a national approach to neonicotinoid use."