Woman charged after child struck by vehicle at Guelph intersection

Woman charged after child struck by vehicle at Guelph intersection 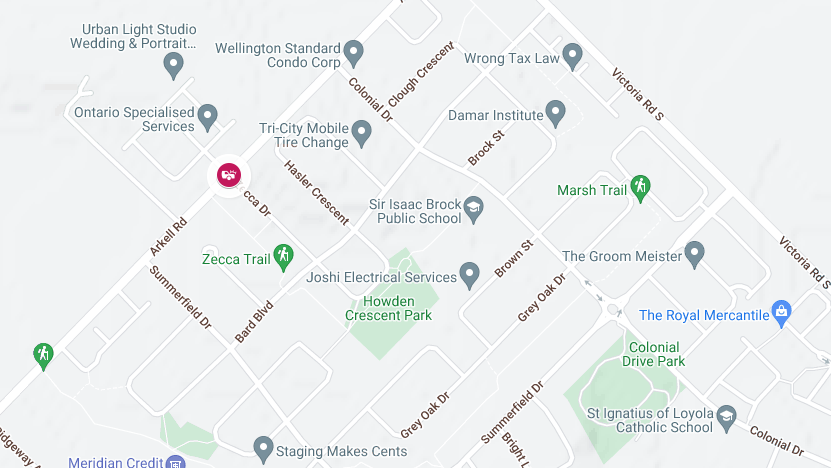 A map shows the intersection where police say a child was hit by a vehicle. (Google maps)

A Guelph woman has been charged with careless driving after a 10-year-old child was struck while crossing a road.

Guelph police say it happened at the intersection of Arkell Road and Amos Drive around 3:40 p.m. on Monday.

Police determined the child was crossing the road when they were hit by a vehicle traveling eastbound.

The child was transported to hospital by ambulance and subsequently released with minor injuries.

A 51-year-old Guelph woman has been charged with careless driving.

Police are also asking anyone with dash cam or security camera footage of the area to contact them.