Woman airlifted to hospital with critical injuries near Elmira 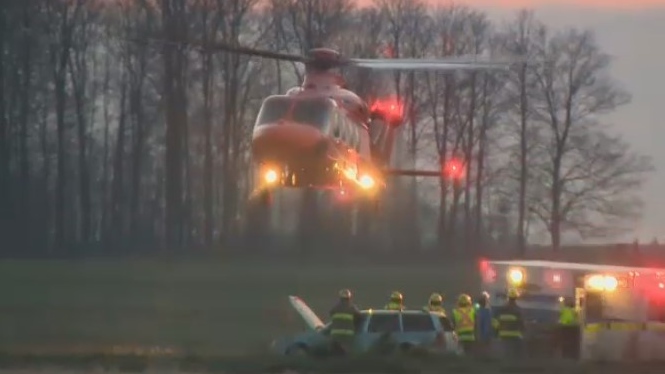 An Ornge air ambulance transported a woman to hospital after a crash near Elmira on Wednesday night.

KITCHENER -- One person was transported to hospital in critical condition by Ornge air ambulance after a single vehicle crash just outside of Elmira.

Officers were called to the Floradale Road and Listowel Road intersection at around 7:30 on Wednesday night.

Police say a silver vehicle went through the intersection and into a field.

The person taken to a Hamilton hospital by air ambulance was a woman in her 50’s, who was a passenger in the vehicle.

A man, who was also a passenger in the vehicle, was taken to hospital as well.

Police say the driver was not injured in the crash.

The cause of the crash remains under investigation.