Winds carry smell of smoke from Waterloo fire into midtown 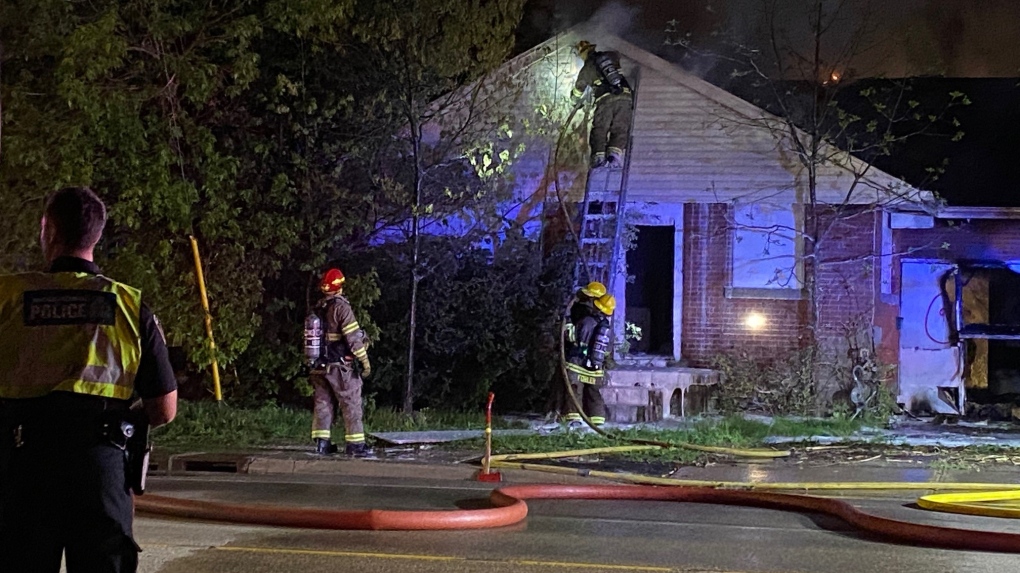 Crews on scene of a fire on Columbia Street in Waterloo. (Terry Kelly/CTV Kitchener) (May 17, 2022)

Some northwest winds were carrying the smell of smoke from a fire in Waterloo's university district to midtown Kitchener.

Emergency crews were called to a building fire in the area of Columbia Street West and Albert Street around 10:30 p.m. Tuesday night.

Fire officials say the structure was unoccupied, there were no injuries, and there's no estimate on damages.

The cause of the fire is not yet known, but is not being considered suspicious by police.

Columbia Street West between Hazel and Albert streets was shut down in the area for several hours and reopened around 6:30 a.m. Wednesday.

Due to strong northwest winds, the smoke from the fire could be smelled in midtown near Grand River Hospital.