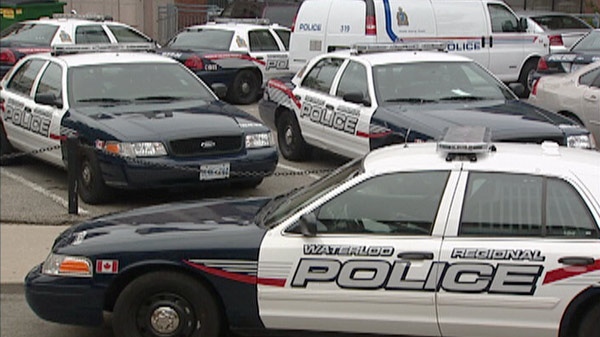 Const. Christopher Knox was suspended after an incident on duty with the Waterloo Regional Police Service North Division.

34-year-old Christopher Knox pleaded guilty in a Kitchener provincial courtroom on Monday. He was convicted of breach of trust and obstruction of justice relating to several incidents that happened last year.

While on duty, Knox stole photos of a woman and a man's blackberry which contained several nude photos of the man's girlfriend.

During his sentencing the judge called Knox's actions and behaviours "repugnant" but decided not to hand down a jail sentence for the Waterloo Regional Police officer.

Knox was given a nine month conditional sentence and 50 hours of community service. There is no curfew and few restrictions on conditions of his sentence.

The crown prosecutor, David Foulds, was looking for a 30 to 60 day jail term and reacted unfavourably to the judge's decision.

"If, in her view, this is the right sentence for this man in these circumstances, it's difficult for me to say that she's wrong about it. In three incidences, as part of his police duties, he went into someone's home and took property that he wasn't allowed to take. In the last instance he took photos, [which is] not part of his police duties and then he distributed them to his colleagues on his shift."

Knox worked patrol out of North Division, in Waterloo. After removing the personal items he got another officer to take the items from his locker and destroy them.

In May, 31-year-old Jeff Vongkhamphou received a suspended sentence, one year's probation and 100 hours of community service work after he admitted to taking and disposing of items including the nude photos of a woman from the alleged locker of his colleague Constable Christopher Knox.

Since the incident and subsequent court case, Knox has declared bankruptcy, lost his house and his marriage. During the trial it was revealed that Knox suffers from anxiety and depression.

In all likelihood his days as a police officer are over.

"The actions of this officer, the actions he's pleaded guilty to, are disgraceful and they no way represent the values of our members of the Waterloo Regional Police Services", says Inspector Kevin Thaler.

There will be a separate police hearing for Knox forthcoming.