KITCHENER -- Region of Waterloo Public Health reported 53 new cases of COVID-19 on Tuesday as officials sound the alarm about how quickly the disease is spreading.

The update marks the fifth day in a row that 50 or more cases have been reported.

On Monday, public health officials urged the public to dramatically reduce social interactions, with the area's top doctor saying that Waterloo Region is one of the fastest-surging areas in Ontario. At our current rate, Dr. Hsiu-Li Wang said that the region could see "significantly more" than 260 new cases per day by mid-December.

Tuesday's update brings the total number of local cases to 2,812. More than 320 of those cases have been reported in the past week.

Officials also reported that another 56 cases had been resolved since the day before, pushing the total number of recoveries to 2,336. Officials reported no new deaths Tuesday, leaving the death toll at 122.

That leaves 354 active cases in Waterloo Region. Of those, 14 people are in hospital with the disease.

Tuesday's testing numbers also jumped by more than 4,900 on Tuesday, for an average of about 1,238 tests per day since Friday's update. The region's dashboard shows a positivity rate of 3.2 per cent, a number that jumps to four per cent when considering interim data.

"The most recent six days of testing data are considered interim ... and should be interpreted with caution," the region's online COVID-19 dashboard explains.

The region's reproductive estimate--or the number of new cases per laboratory case in the region--dropped to 1.4 on Tuesday, a drop of 0.1. Ideally that number would be below one to indicate that COVID-19 is not spreading rapidly.

Both of those indicators would place the region in the red zone under the province's updated thresholds in its tiered COVID-19 framework. 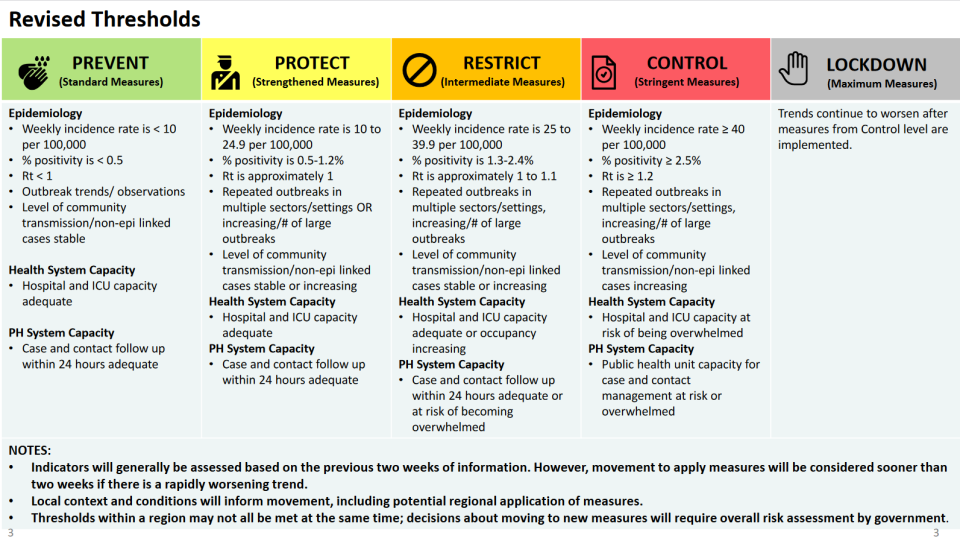 Rapid testing identifies 70 per cent of COVID-19 positive passengers within 48 hours of arriving at airport: study

Head of WHO praises Canada's anti-COVID response; warns vaccine won't be a panacea

Is there any benefit to receiving multiple COVID-19 vaccines?

Swiss cheesed off over COVID-19 threat to fondue conviviality

Is there a path back to popularity for cruise ships?