A Waterloo chemist has come up with a way to help slow next year’s gypsy moth caterpillar outbreak.

Rosemary Chong has a PhD in chemistry, specializing in making insect pheromones, which is a sex attractant.

She is now using her skills to help put a dent in the gypsy moth’s reproductive cycle.

The invasive species are beginning to pupate and will soon become moths.

Once they do, male gypsy moths immediately begin their search to find female moths.

Chong is hoping to intercept that exchange. 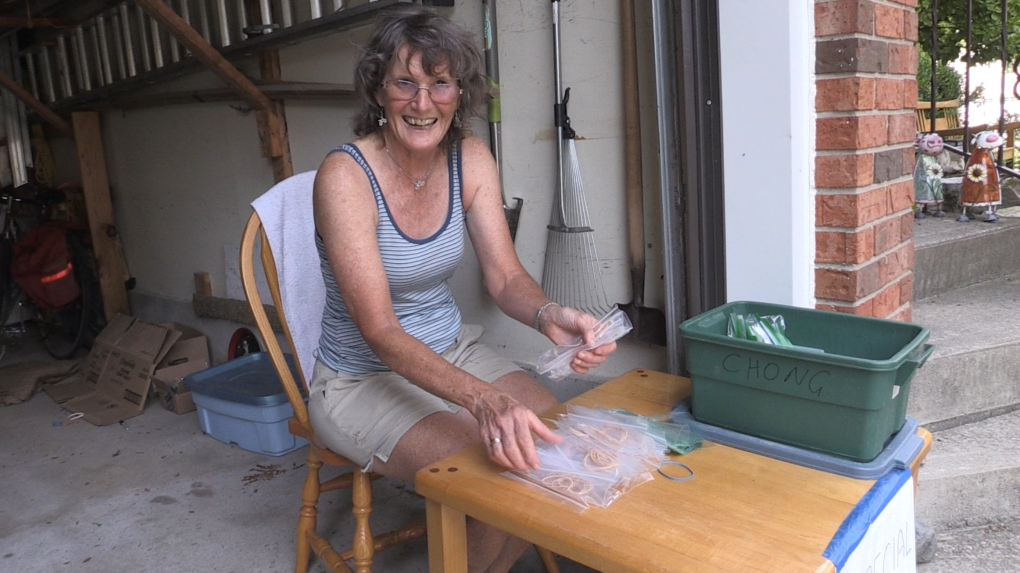 “So [male moths] don’t find the females, we’ll have a lot less eggs that get hatched next year,” she said.

She created lures, a rubber band soaked with an artificial version of the female gypsy moth pheromone.

The saturated rubber bands can then be used to make a homemade trap.

Chong recommends putting the rubber band in a plastic bottle filled with soap and water. The male moths will fly into the trap, and will eventually drown.

She said it’s best to set up the lure traps now before the caterpillars become moths.

“It’s not a magic bullet, it won’t get rid of everything,” Chong said. “All we are hoping for is that they will be reduced in numbers for next year.”

Chong has made more than 10,000 lures, she is now giving them away for free to anyone who wants them.

“If I can provide them so people can save their own precious trees, I’m all for that.”

The lures can be picked up at 345 Pommelgate Cres, Waterloo. The last day to pick up the lures is July 15, since after that day the moths will be mature and will have already mated.

For information on picking up lures, email kwgypsymoths@gmail.com.

Chong is requesting if anyone wants to make a donation to donate to the local United Way or to the Canadian Wildlife Federation.