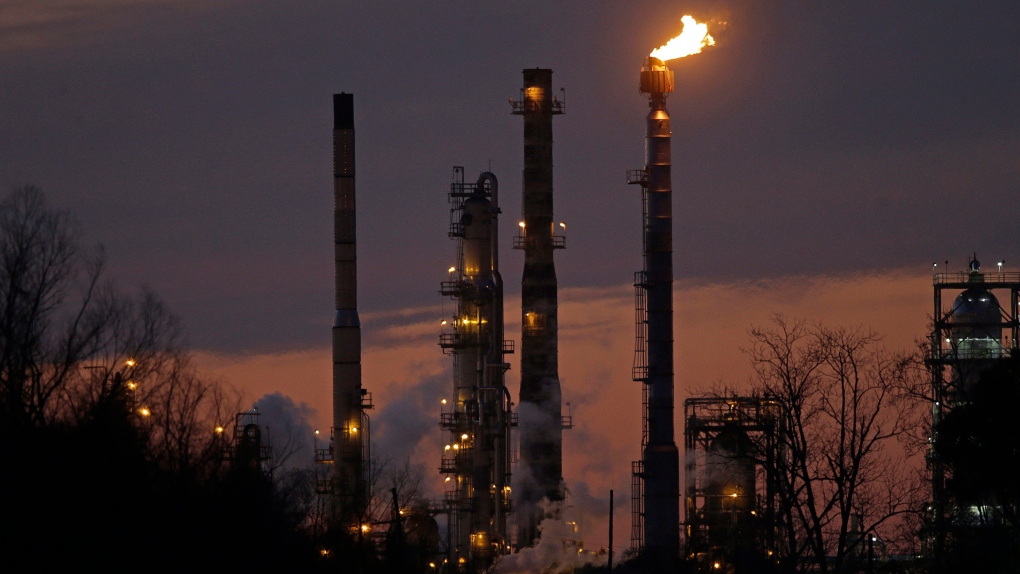 NEW YORK -- A barrel of U.S. crude oil fell below $40 per barrel for the first time since the end of the global economic crisis.

A boom in production has outpaced growth in global oil demand. The U.S. is churning out oil at a rate not seen in decades. Meanwhile, even with sharply lower prices, Saudi Arabia and other OPEC nations haven't cut production.

Production in the U.S. averaged 9.4 million barrels in the four weeks ending Aug. 14, up nearly 11 per cent from a year ago, according to data released this week by the Energy Department. U.S. oil held in storage has reached levels not seen in at least 80 years. Meanwhile, OPEC production averaged 31.5 million barrels a day in July, a three-year high.

Adding to the downward pressure on oil prices is a steady drumbeat of economic data out of China suggesting that the world's second largest economy is slowing. Data released Friday showed a further contraction in China's manufacturing sector and it sent ripples through global stock markets.

The world's biggest oil producers are getting hit by falling prices and pessimism about China and other economies that have not recovered from the recession like the U.S. has.

Almost all oil companies, from Exxon Mobil to BP PLC, have cut spending on exploration in anticipation of a prolonged period of lower prices. Over the past 12 months, Chevron shares have lost nearly 40 per cent, while Exxon shares are down 26 per cent. Companies that primarily drill for oil onshore in the U.S., such as Continental Resources, have suffered even steeper declines.

Energy companies make up roughly 7 per cent of the market value of the Standard & Poor's 500, but that amount was much higher earlier this year. While the S&P 500 is down 3 per cent this year, the energy sector is down almost 20 per cent.

While energy investors feel the pain, U.S. drivers are saving an average of 80 cents on each gallon of gasoline they buy at the pump. Gasoline is averaging $2.63 a gallon, compared with $3.44 a year ago. Analysts say gas prices could drop below $2 a gallon in many areas of the country later this year.