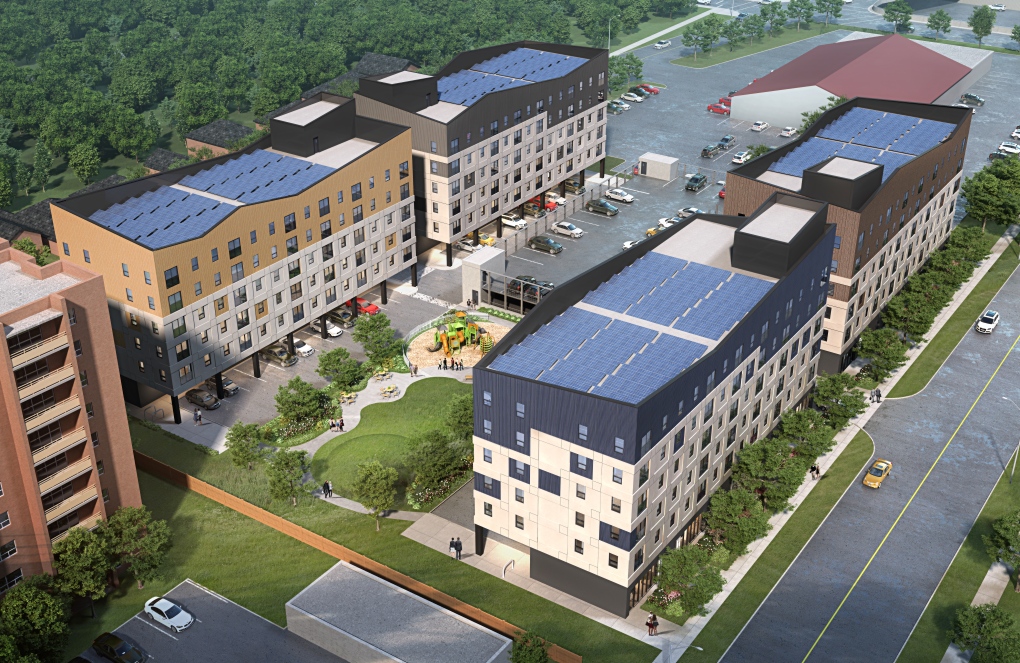 The Region of Waterloo has announced two affordable housing projects in Kitchener that will provide a combined 51 new units.

The community services committee approved the allocation of $3.4 million toward the projects at a meeting on Tuesday.

Private sector housing provider 55 Franklin GP Inc. will get $1.96 million to create 30 affordable units at 55 Franklin St. S. in Kitchener. A four-building development is planned at the site. The first 60-unit building, which will include the 30 affordable housing units funded by the region, is under construction now.

The region put out a call for proposals from housing providers in August. It says the projects selected on Tuesday scored the highest in an evaluation process which included criteria like construction readiness, affordability and feasibility.

“The continued ability of our partners to deliver shovel-ready projects is critical as we expand access to affordable housing in our community,” Karen Redman, Waterloo regional chair said in a media release. “With 1,154 new affordable homes, our housing plan is on track to surpass its year two target.”

Majority of affordable homes approved under federal program not yet constructed

The federal government has set aside billions of dollars to quickly build affordable housing across the country, but delays in construction suggest many of the projects approved for funding are missing their deadlines.

Tyre Nichols' fatal encounter with police officers in Memphis, Tenn., recorded in video made public Friday night, is a glaring reminder that efforts to reform policing have failed to prevent more flashpoints in an intractable epidemic of brutality.

Once-in-a-lifetime discovery: Indigenous jacket that may be a century old turns up in small U.K. town

When 1990s suede fringe jackets started making a comeback last year, a U.K.-based vintage clothing company decided to order four tonnes of suede from a supplier in the United States. Along with that shipment came a once-in-a lifetime discovery.

A new study that analyzes data from more than 50,000 amateur stargazers finds that artificial lighting is making the night sky about 10 per cent brighter each year.

According to a new study, showing university students the health risks of vaping through experts and personal testimonies can help deter them from using e-cigarettes.