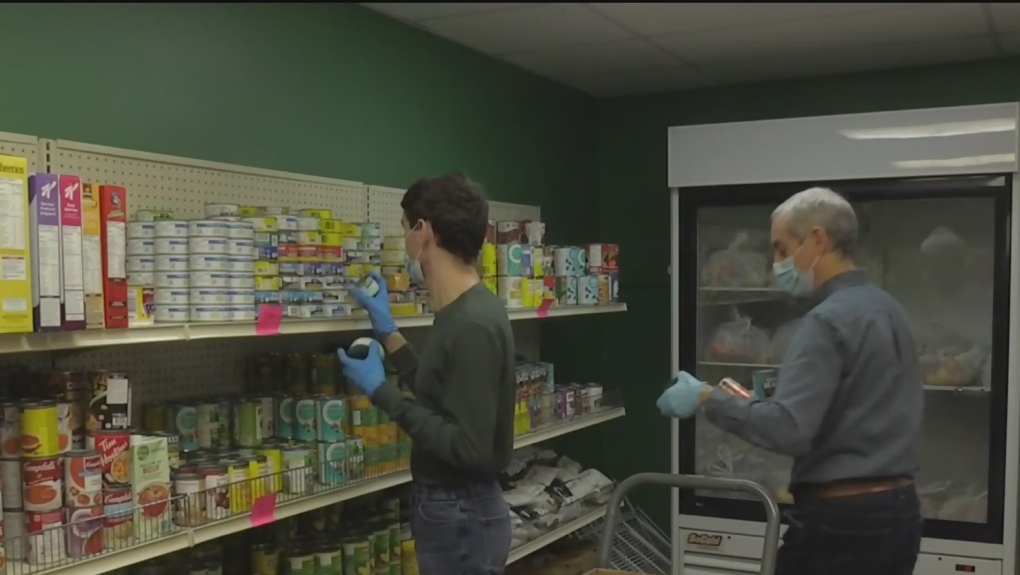 A food bank in this updated photo. (CTV)

The Food Bank of Waterloo Region collected a record-breaking two million meals to feed children in need during its fourth annual summer campaign.

In a media release on Monday, the food bank said its summer fundraising campaign, Full Bellies Happy Hearts, reached the goal that was started three months ago to combat food insecurity faced by children without access to school-run breakfast and lunch programs during July and August.

“We’re so pleased with this year's campaign outcome,” Kim Wilhelm, acting CEO for The Food Bank of Waterloo Region said in the release. “Hunger is an ever-growing issue, and it’s clear our community is just as passionate as we are in addressing it.”

Wilhelm added: “While we celebrate this milestone achievement, we also recognize that there’s more work to be done locally, in Ontario, and across Canada to address and decrease food insecurity. We need people to come together and join advocacy efforts for true solutions to hunger and poverty including putting an end to legislated poverty to help those in our community.”

The food bank said use across Canada has reached a record high with nearly 35,000 people in Waterloo region have accessing emergency food assistance in the past year. Of those, 35 per cent were under the age of 18.

Between April 2020 and March 2021, more than 592,000 adults and children accessed a food bank in Ontario, according to the local food bank. The release also notes before the pandemic, the proportion of employed adults accessing food banks grew by 44 per cent.

“Everyone deserves to have access to fresh and healthy food,” said Allan Bush, senior wealth advisor, CIBC Private Wealth, Allan Bush Investment Team. “Food insecurity is all around us. Just because we can’t see it doesn’t mean it’s not happening. I’m grateful my team and I can give back to the community we live in and help the people in our own backyards.”

This is the fourth year the Allan Bush Investment Team has been part of the Full Bellies Happy Hearts summer campaign.

Donations made to the campaign were doubled by his team, helping the food bank reach its two million meals target.