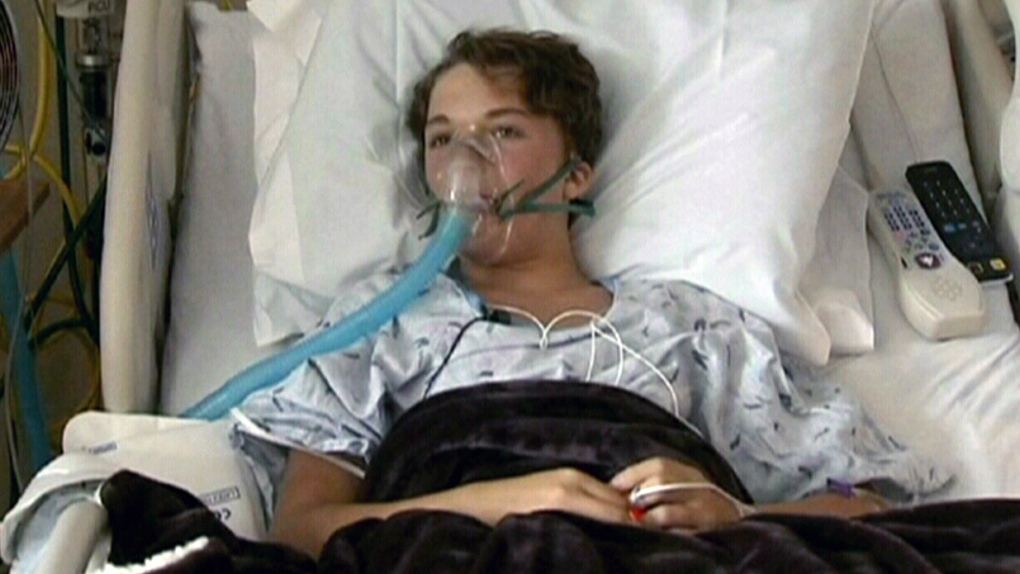 A mysterious respiratory illness has sent hundreds of children to hospital in ten U.S. states.

TORONTO -- Three children suffering from muscle weakness are being tested in Toronto to determine whether they've contracted enterovirus D68, adding to the number of suspected cases of infected children who have developed neurological symptoms in Canada.

Dr. Upton Allen, chief of infectious diseases at the Hospital for Sick Children, offered few details about the children or their symptoms, saying they're still under evaluation. Test results are expected early next week.

"We're in the process of trying to determine two things," he said.

"First, are the children's illness related to an infection or no infection. And two, if it's an infection, is it related to D68 or not. Those are things that we're still trying to flesh out as we wait."

But there's no evidence that there's a connection among the three children that suggests there could be a special strain of the virus that's being transmitted from one child to the next, he said.

There have been dozens of confirmed cases of enterovirus D68 in Canada, which usually causes only mild cold symptoms. But a small number of infected children have developed polio-like symptoms, including one in Hamilton and two in British Columbia.

B.C. health officials have said a child between five and 10 years old is experiencing weakness in one arm that has not improved for nearly a month, while a teen aged 15 to 20 also developed weakness in one arm and is still on a breathing machine after being hospitalized for about the same period. The two patients have no connection to one another, they said.

In addition to the confirmed case in Hamilton, doctors are investigating to see if one other patient who has displayed neurological symptoms also has enterovirus D68. Two others tested negative.

The United States is also seeing sporadic cases of paralysis complications among patients. Late last week, the Centers for Disease Control alerted practitioners to be on the lookout for polio-like symptoms in children diagnosed with enterovirus D68, which is also known as EV-D68.

A 10-year-old Rhode Island girl died last week of a staph infection associated with the virus, which that state's health department called "a very rare combination."

There are more than 100 enteroviruses, the second most common cause of the common cold after rhinoviruses.

Polio, which can be prevented with vaccination, is also an enterovirus, but from a different family than EV-D68, which is closer in genetic structure and function to rhinoviruses -- it doesn't replicate in the acidic environment of the gastrointestinal tract and prefers temperatures around 33 C, unlike other enteroviruses.

The exact genetic makeup of EV-D68 is unknown, as well as whether it carries any particular virulence factors that could contribute to polio-like symptoms. It's also unclear whether the EV-D68 strain in the U.S. and Canada are the same.

EV-D68 usually starts with a runny nose, sneezing and coughing, and most children develop only mild to moderate symptoms that typically resolve on their own.

Most children should recover within a few days, said Allen. But if they start to get worse -- another fever, difficulty breathing, muscle weakness -- that's a sign to parents that they should take their child to the doctor.

Children with asthma or other underlying respiratory conditions are particularly vulnerable to breathing difficulties triggered by the virus.

It's not yet clear why there's an outbreak the virus this year, Allen said.

"Those studies are still being done, we just don't have the answers yet," he said. "Not just us here at Sick Kids, but right across North America."