Police are searching the area around a Waterloo school after a stabbing that sent a 17-year-old boy to hospital with life-threatening injuries.

The victim remains in an out-of-region hospital in critical condition.

As of noon, police could not say if there is concern for public safety.

“At this point it’s difficult to say,” Staff Superintendent Eugene Fenton said. “We haven’t actually identified who the suspects are or the motivation for this incident. So at this point that will be part of the investigation we’ll be trying to determine throughout the day.”

Police have taped off a large portion of Edna Staebler Public School’s parking lot and several officers are in the area looking to speak with witnesses. 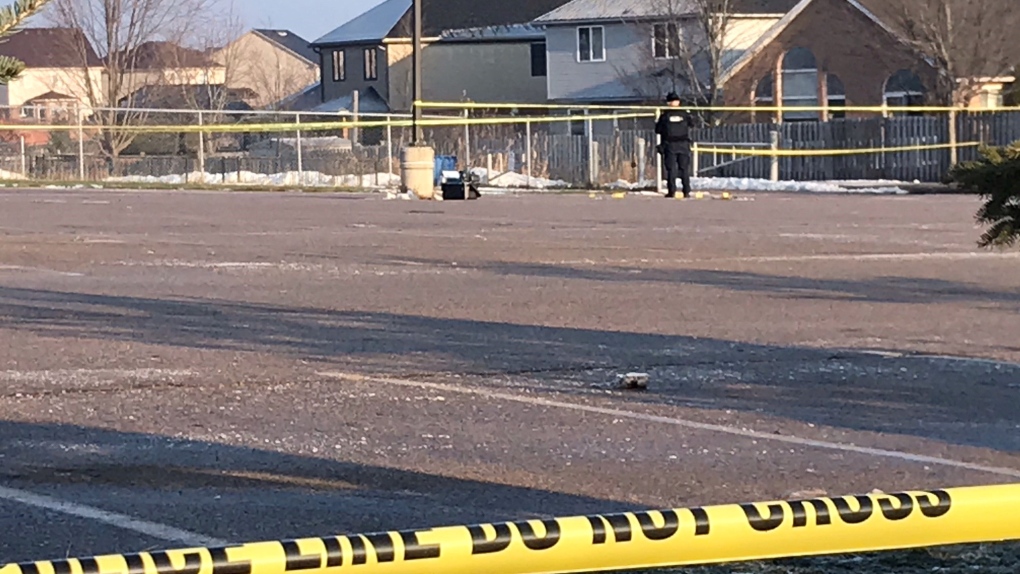 Police say they were called around 4:50 a.m. when a teen showed up at a local hospital with stab wounds.

Investigators believe the victim was in the area with another male when they were confronted by a group of individuals and the boy was stabbed.

According to police, a Good Samaritan drove the teen and his friend to Grand River Hospital shortly after the stabbing. He was subsequently transferred out of region.

Officers only found out about it several hours later, when a family member of the victim called police to tell them the teen was in hospital.

Police are now trying to speak to that person and any other witnesses that might have information.

“You would never expect this from a neighbourhood like this,” said Emily Douglas who lives nearby. “I've lived here forever and it's always been a really nice neighbourhood. So to wake up to this news is shocking."

Both Edna Staebler Public School and the YMCA child care centre are closed Wednesday. The Waterloo Region District School Board (WRDSB) says student learning will continue from home and teachers will teach asynchronously.

“Following the advice from the police, we took the decision to close the school, due to the ongoing police investigation on school grounds, but not the Edna Staebler school building,” Estefanía Brandenstein, a WRDSB communications officer said in an email.

Rustam Sajjad, who lives nearby, says with his kids forced to stay home to learn, they started asking questions about why their school day changed.

“That's a little hard to explain what is going in the neighbourhood. Hopefully our neighbourhood is safe and sound," Sajjad said. “It’s really sad. Especially when you hear about the youth.”

“Just typically in this neighbourhood, I’ve never heard of anything like that happening,” said Justin Mervyn, who lives nearby. “So yeah, it's a bit of a surprise."